“Darbar Sahib” had been managed by a government nominated controller since 1849. “Darbar Sahib” came under the control of Akalis in October 1920, but the Shiromani Gurdwara Parbandhak Committee nominated the old sarbrdh, Sundar Singh Ramgarhia, as a member of the new committee and appointed him to continue to administer the affairs of “Darbar Sahib”.

Even though the sarbrdh now functioned under the directions of the Committee, but, since he still retained possession of the keys of the Toshakhana (treasury) of “Darbar Sahib”. Some of the Akali reformers felt that government’s control still remained somehow.

In response to their complaints, the Shiromani Committee, on October 20,1921, resolved to ask Sundar Singh to hand over the keys to its president, but before they could implement the decision, news of the decision reached the Deputy Commissioner of Amritsar who averted Akalis. On 7 November 1921, the Assistant Commissioner Amar Nath, raided the house of Sundar Singh Ramgarhia with a police party and took away the keys.

On 11 November, the government attempted to replace Sundar Singh with their own appointee Captain Bahadur Singh, in effect overriding the choice of the SGPC. The Shiromani Gurdwara Parbandhak Committee refused to recognize the new sarbrdh. On 12 November 1921 a protest meeting was organized in Bagh Akaliari at Amritsar which was addressed by Baba Kharak Singh and other Akali leaders.

Akali meetings took place at Gujrariwala, Gujjar Khan and other places. Captain Bahadur Singh resigned, but the government remained adamant. Dan Singh of Vachhoa and Jaswant Singh of Jhabal, two prominent Akalis, were arrested at a Divan at Ajnala on 26 November 1921.

Knowing about the arrests, the Shiromani Gurdwara Parbandhak Committee, in the middle of a session at the Akal Takht at Amritsar, adjourned its meeting. Around 50 of its members reached Ajnala to continue the divan.

The district authority declared the divan to be an “illegal assembly” and arrested all the prominent Akalis, including Baba Kharak Singh, Sardar Bahadur Mehtab Singh and Master Sundar Singh Lyallpuri. The Shiromani Gurdwara Parbandhak Committee on 27 November condemned the official action and called upon Sikhs to observe December 4 as a day of protest.

Sikhs were further asked not to join any function in honour of the Prince of Wales, who was expected to visit India early in 1922. The arrests continued and soon Master Tara Singh and Amar Singh Jhabal were among those held.

Failing to control the Sikh protests and foreseeing how it might affect Sikh soldiers and the peasantry, the government on January 3, 1922 announced its decision to return the keys to the Shiromani Committee so that Poh sudi 7/5 January 1922 could be celebrated as the birth anniversary of Guru Gobind Singh, but the Committee refused to accept the keys until all the Sikhs arrested during the movement were released unconditionally.

In the Punjab Legislative Council of 11 January 1922, Sir John Maynard, the Home Member announced the release of all Sikhs under detention. However, the Akalis refused to go and fetch the keys from Deputy Commissioner.

A government official was eventually sent to deliver the keys wrapped in a piece of red silk to Baba Kharak Singh, President of the Shiromani Gurdwara Parbandhak Committee, at a Divan (19 January 1922) at the Akal Takht. The Akalis’ victory was hailed throughout the country. Mahatma Gandhi sent a message of congratulation to the Akalis saying, the “First decisive battle for India’s freedom” had been won. 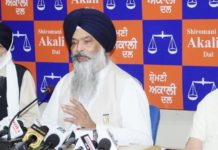 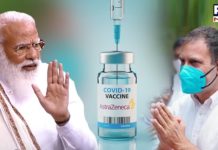 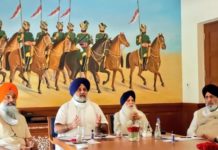 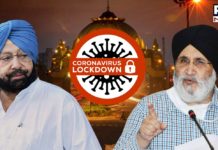