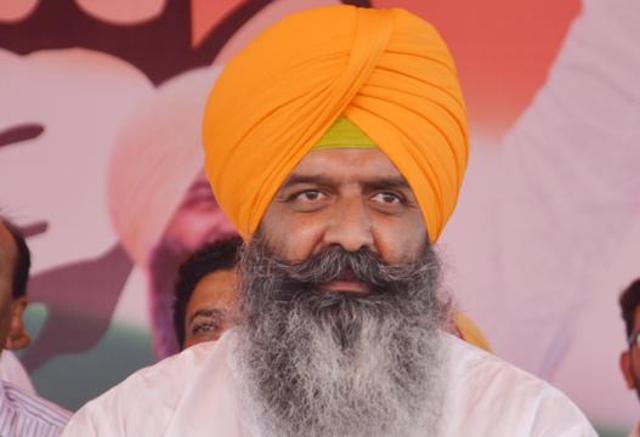 Chandigarh: A day after a Punjab minister was seen fuming at a school principal, another purported video went viral on Saturday in which a Congress MLA is seen allegedly warning police officers to submit to demands of his followers or face consequences.

Ramanjit Singh Sikki, the ruling party MLA from Khadoor Sahib, is seen in the video issuing a warning to police officials after which the opposition Shiromani Akali Dal (SAD) attacked him.

"I ask DSP to tell their SHOs that none of my friends should return unhappy after meeting them. If any of my followers is unhappy with the functioning of the SHO I will myself drive to the concerned police station. And this should not happen that I have to take action against the concerned police officer," he is seen saying in the video.

Following the appearance of the video, the SAD hit out at Sikki for allegedly threatening Station House Officers (SHOs) with dire consequences if they did not obey the directives of Congress workers.

Former finance minister Parminder Singh Dhindsa said that in a direct threat to SHOs Sikki had announced that if his followers went unheeded, he would himself and teach a befitting lesson to the officer.

He demanded immediate action against the Congress legislator under relevant sections of the law for threatening a government official and preventing him from
doing his duty in an impartial manner.

Targetting the Captain Amarinder Singh government in the state, the former finance minister said there was a complete mismatch in statements emanating from Chandigarh and the actions of Congress functionaries in the field.

On Friday, Chief Minister Singh had banned inclusion of names of government functionaries on foundation stones and inaugural plaques, hours after a video of a minister threatening a government school principal in Nabha went viral on social media.

The order was issued after the video showing cabinet minister Sadhu Singh Dharamsot threatening with suspension the woman principal of the school, where he had gone to lay a foundation stone, triggered a massive public outcry.

The minister was apparently upset over his name not being at the top on the inauguration plaque. Dharamsot however had denied such suggestions.