China all decked up to welcome 'Year of the Pig' 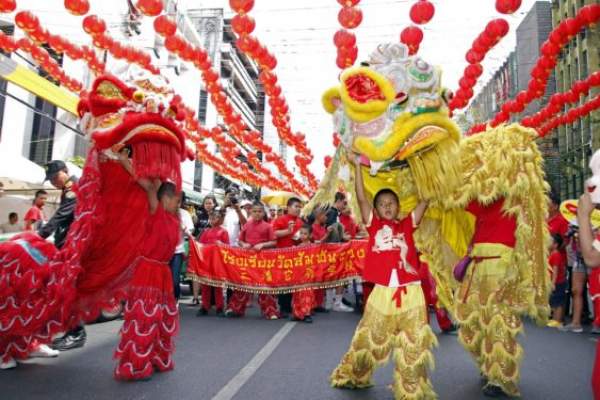 China has officially shut down for a week as the nation bade farewell to the 'Year of the Dog' on Monday and prepared to welcome the 'Year of the Pig' on Tuesday, marking a new year in the Chinese calendar.

Beijing and all Chinese cities wore a festive look but with fewer people on the roads as most of them travelled to their villages to spend time with their families or to various travel destinations for holidays.

The Chinese New Year, also known as Spring Festival or Lunar New Year is the grandest festival in China, with a seven-day holiday.

The new year holidays trigger the biggest human migration within and outside the country every year with millions of Chinese heading either to their villages or to holiday destinations.

In the Chinese lunar calendar, years are grouped into a 12-year cycle, with each year assigned to an animal with symbols including rat, ox, tiger, rabbit, dragon, snake, horse, sheep, monkey, rooster, dog and pig.

The festival also triggers the biggest human migration as about 400 million domestic trips are expected during the week-long holiday.

There is a mad scramble for air, rail and bus tickets. Reports say highways are also clogged with heavy traffic.

This year's Spring Festival is taking place on a sedate note amid concerns over the slowdown of the Chinese economy and impact of the trade war between China and the US.

In his greetings on the eve of the festival, President Xi Jinping played down the concerns over the slowdown of China's economy and the trade war with the US saying that the world's second largest economy made steady progress and his government was carrying out necessary reforms to avert risks.

In his speech, Xi noted that Chinese people had a hard but fulfilling year.

The Chinese economy remained steady while making progress, with new steps taken in reform and opening-up, he said.

The slowdown continued amid the trade war with the US over President Donald Trump's demand to reduce the USD 375 billion trade deficit and protection of intellectual property rights (IPR) and more access to American goods to Chinese markets.

The two countries are currently holding talks to reach a trade deal before the March 1 deadline set by Trump.

Defence and military reforms extended to a deeper level, major country diplomacy with

"Chinese society has been stable, and the people have enjoyed a stronger sense of fulfilment, happiness and security," he said. PTI