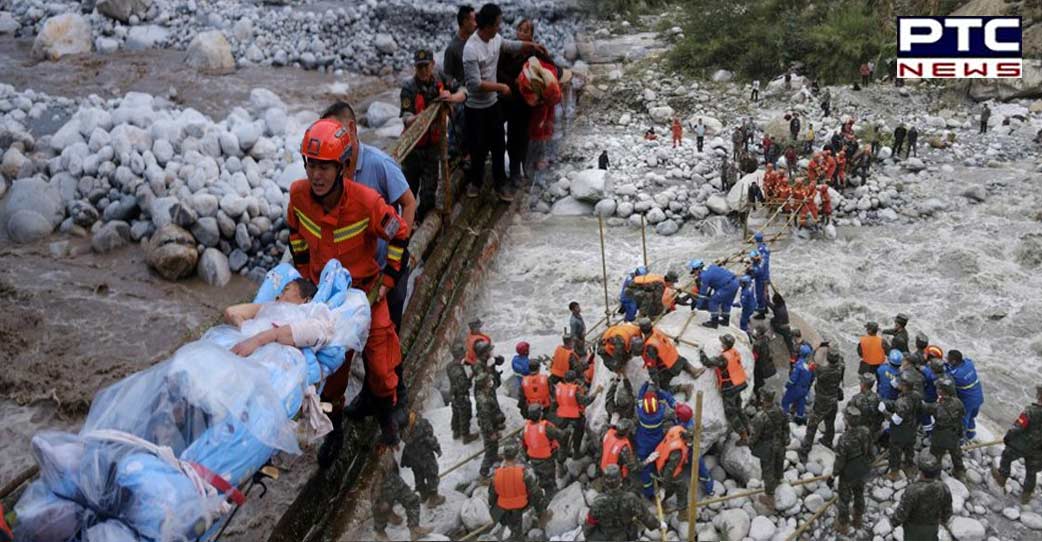 Beijing (China), September 7: The death toll from the earthquake that struck China's Sichuan province on Monday has risen to 74, local media said on Wednesday.

According to Xinhua News Agency, 40 people were killed, 14 were missing, and 170 were injured in Ganzi as of 9 p.m. (local time) on Tuesday. Over 700 special channels for relief efforts were opened up by expressway tollbooths. The Chengdu-Luding Expressway's service areas have been fully equipped with epidemic prevention supplies, oil products, food materials, and other emergency supplies.

According to Global Times, more than 1,900 officers, armed police, and soldiers from the People's Liberation Army PLA Western Theater Command rushed to the earthquake-hit area and reached the epicentre area at 8 a.m. on Tuesday, engaged in the transport of the injured, road dredging, victim search, and other rescue work.

The province's power supply was cut off as a result of the earthquake; however, State Grid Sichuan Electric Power Company said that approximately 22,000 houses in the earthquake-stricken area had their power restored after an overnight emergency repair.

The Chinese Red Cross Society has launched a Level-III emergency response, with 320 tents, 2,200 aid packages, 1,200 quilts, and 300 folding beds being delivered to the affected area.

The Red Cross has also despatched a working group to assist with relief and rescue efforts.

The second-highest level of emergency response for the earthquake has been triggered in Sichuan province, and more rescue teams are racing to the epicentre area.

According to the China Earthquake Networks Center, the earthquake struck Luding County at 12:52 p.m. Monday (Beijing Time) (CENC). The epicentre was located at 29.59 degrees north latitude and 102.08 degrees east longitude, at a depth of 16 kilometres, according to the CENC.