CMs Of Northern States, Including PB, Decides To Set Up Central Secretariat In PKL For Data Sharing On Drugs 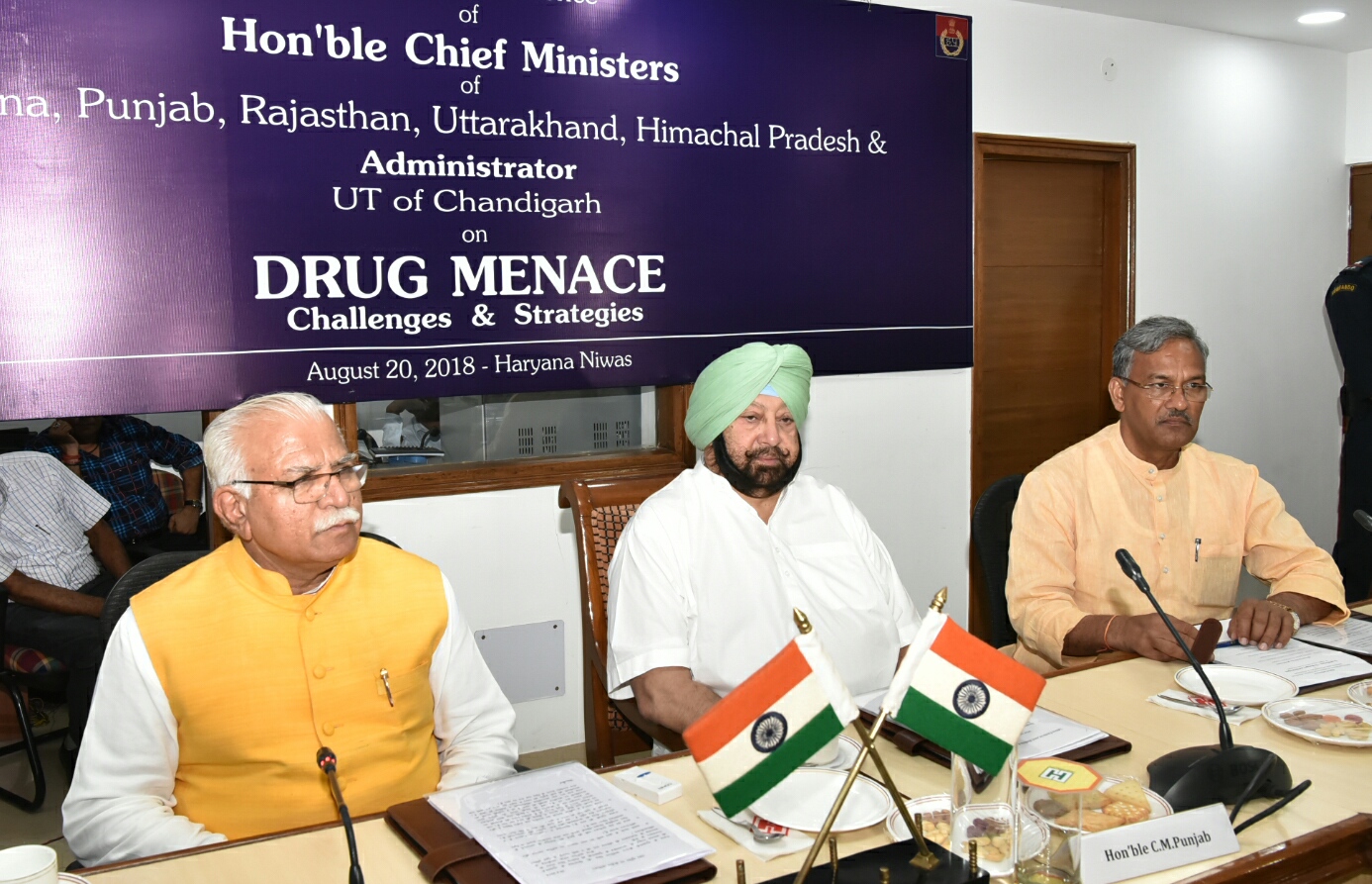 CMs Of Northern States, Including PB, Decides To Set Up Central Secretariat In PKL For Data Sharing On Drugs

The Chief Ministers of the Northern States on Monday decided unanimously to set up a common/central secretariat, to be based in Panchkula, for data and information sharing, which was critical to the fight against drugs. 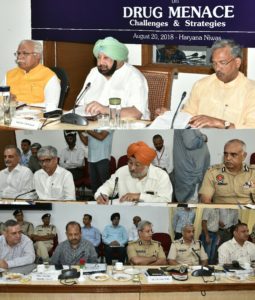 Nodal officers will be deputed by each of the states to coordinate the sharing process, the Chief Ministers decided at a Regional Conference on Drugs – Challenges & Strategies, convened here to discuss and formulate a joint strategy to fight drugs.

Senior civil and police officers from these states, as well as Rajasthan, Delhi and Chandigarh UT, were present at the meeting, aimed at evolving a joint strategy against drugs, overcoming all political and regional divides.

It was also decided to invite the Uttar Pradesh Chief Minister to join in, and the state of Jammu and Kashmir would also be involved in the anti-drug strategy implementation, the meeting decided, the Chief Ministers told mediapersons at a press conference later.

On the suggestion of Captain Amarinder Singh, it was further decided to hold a meeting once every quarter at the highest official level, rotationally chaired by the Chief Secretary / DGP of the concerned States. SSPs of the adjoining districts of the various states would coordinate on a day to day level, the meeting decided.

It was also decided that the states would launch a major awareness campaign in their respective schools, while engaging youth in sports and other activities at village levels. Skill development of youth would also be undertaken on a major scale to prevent the spread of drugs.

During the meeting, the Punjab Chief Minister mooted a Regional Cooperative Framework of the northern states to institutionalise inter-state and inter-agency coordination to deal with the menace of drugs. It would help to effectively coordinate, create common database and real sharing of information & intelligence, and undertake joint operations to help counter drug peddlers and break their modus operandi to smuggle drugs.

He also suggested that all the affected states approach the Centre for funds for drug prevention, which could be arranged through 21 departments of the central government.

The Punjab Chief Minister also mooted representation by central agencies, such as BSF, DRI, NCB, RPF, CISF & Customs, which may be asked to designate Senior Officers as Nodal Officers. These meetings should necessarily include these officers, he suggested.

Captain Amarinder once again stressed the need for a National Policy on Drugs to regulate and prevent drugs in the country. There must be restrictions on drug plantations and better mechanisms to prevent diversion in the neighbouring States where licit cultivation takes place, he added.

The Punjab Chief Minister also called for effective sealing and surveillance along the International Border & State Borders. He pointed out that Heroin is smuggled from Pakistan through IB while other drugs like opium/poppy husk are smuggled from States where licit cultivation is carried out.  Charas and other drugs produced from Cannabis are trafficked from Himachal Pradesh, Bihar and even Nepal, Captain Amarinder noted, adding that Smack is trafficked from Delhi, Uttar Pradesh, Rajasthan and Madhya Pradesh, while instances of Poppy and Opium smuggling has also been reported from Jammu and Kashmir, Jharkhand and Chhattisgarh.

Another measure suggested by the Punjab Chief Minister was establishment of effective high-tech inter-state nakas/ barriers, with CCTV cameras with internet connectivity, along with narcotics trained dogs and surveillance at railway stations, bus stands etc as the second line of defence.

For effective plugging of the International border, he suggested strengthening of BSF presence and intensification of its patrolling by making use of technical gadgets to make its surveillance effective, especially during the night hours/foggy season. The Government of Punjab had written to the MHA to ensure that there is faster rotation of BSF Battalions – deployment is made for shorter durations of 1-2 years instead of 5 years – to ensure that nexus doesn’t develop between officers posted, Pakistani Rangers and drug dealers, he informed the meeting.

On his own government’s efforts to crack down on drugs, the Chief Minister cited the success of the STF, which had successfully registered 19179 cases have been registered under NDPS Act till 5th August 2018. As many as 21571 persons have been arrested including some police officials who were abetting such activities, he said, underlining the zero tolerance policy of his government, as evidenced in the arrest of 23 police personnel, including a deputy SP.

Most drug traffickers have either left the State or have become dormant having lost the patronage of Government, he said, adding that his government had also recommended death penalty to Government of India for even the first offence under NDPS Act. The Punjab Forfeiture of Illegally Acquired Property Act 2017, passed by the state assembly, was pending for Presidential Assent, he observed.

The Chief Minister also listed out other measures taken by his government, including the Drug Abuse Prevention Officers' (DAPO) Programme and the recently launched Buddy Programme. He also cited the success of Outpatient Opioid Assisted Treatment (OOAT) Clinics, which had so far treated 26000 addicts, with an OPD footfall of more than 5.3 Lakh.

The Haryana Chief Minister was in favour of fast track courts for drug cases, while Himachal Pradesh CM suggested that the Prevention of Anti-Social Activities Act should be invoked against drug peddlers, with a special board being formed in case of arrest for more than three months. The HP Secretary said there was need to also sensitize the judiciary to ensure that the courts do not take lenient view of drug peddling cases.

Khattar said verification of foreign students sponsored by NGOs should be done through the Ministry of Human Resource Development. Rajasthan Addl Home Secretary admitted there was some diversion of Opium being produced legitimately in the state, in addition to manufacture of low quality heroin and some synthetic drugs.

The Uttarakhand CM expressed concern over the fact that women were also getting increasingly trapped in drug abuse.

Himachal Pradesh CM said the state was already working closely with Punjab Police to crack down on smuggling of drugs through joint operations.