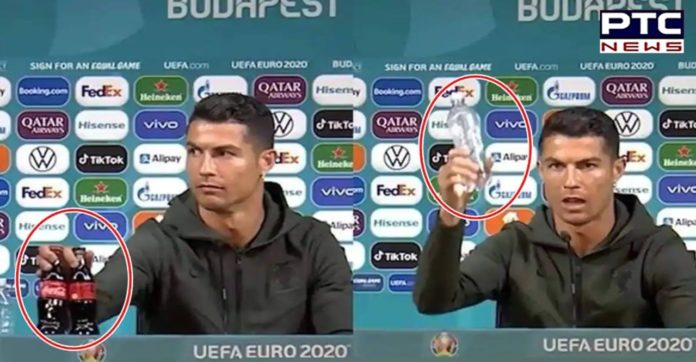 Coca-Cola has lost over USD 4 billion because of Cristiano Ronaldo‘s action of moving two Coca-Cola bottles to endorse water. Reportedly, the move had a negative impact on the brand.

Portuguese star did not appear to be a fan of carbonated soft drinks. During a Euro 2020 press conference, Cristiano Ronaldo had removed two bottles of Coca-Cola kept in front of him to encourage people to drink water instead.

The 36-year-old had moved the cola bottles as he sat down to speak to the media ahead of its Group F opener against Hungary. He then held a bottle of water before shouting in Portuguese: ‘Agua!’

The CR7’s move had a huge impact as Coca-Cola’s stock prices dropped 1.6 percent. They went from being worth USD 242 billion to USD 238 billion, which is a loss of USD 4 billion, as per the report in The Daily Star.

Though Cristiano Ronaldo netted twice against Hungary to move beyond France’s Michel Platini as the record goalscorer at EURO. He took his tally to 11 at the Puskas Arena. 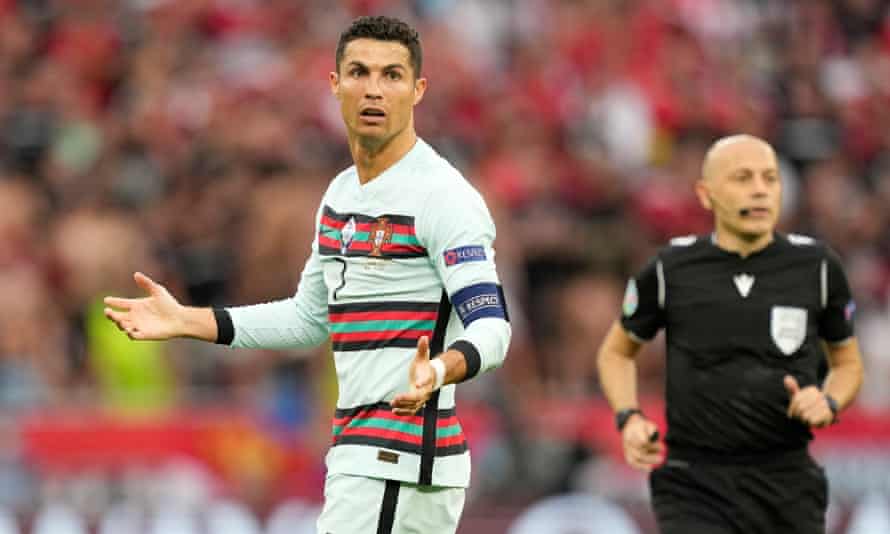 Ronaldo had missed an opportunity in the first half, however, he made no mistake when offered the chance from the penalty spot on 87 minutes.

Later, he took a pass near the 6-yard box and surpassed a couple of home defenders as well as goalkeeper Peter Gulacsi to score.