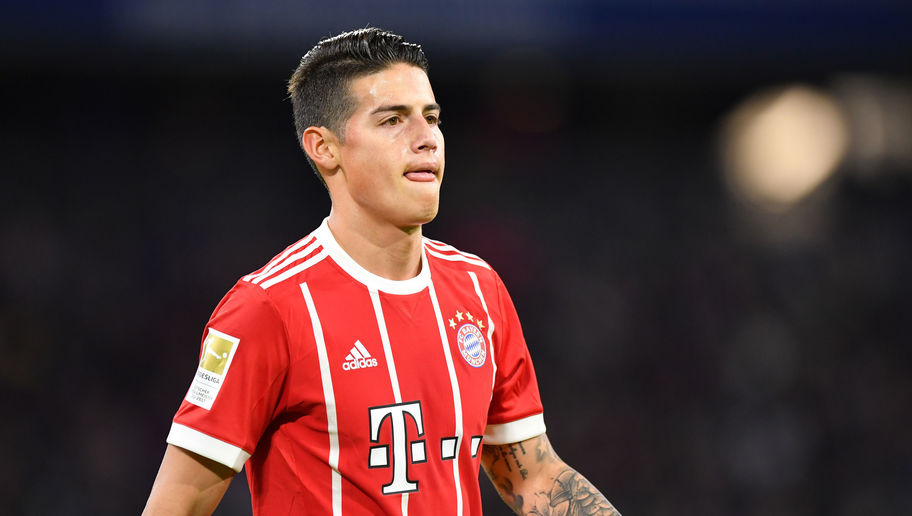 PTC News Digital Team
Colombia leave James decision for World Cup opener until last minute
Colombia will decide as late as possible whether to start James Rodriguez in their opening World Cup clash against Japan on Tuesday as the 2014 top-scorer labours with a calf strain.
The Bayern Munich forward, whose six goals left him topping the scoring charts in Brazil, trained with Colombia in Saransk on monday.
After briefly combining with striker Falcao on the pitch at the Mordovia Arena, Rodriguez sat out part of the final session.
Head coach Jose Pekerman will make a decision as close to kick-off as possible.
"We are waiting to see what the doctor says over the last check," Pekerman said.
"We have enough alternatives and players who can give options to the team." Rodriguez, 26, is key to Colombia's hopes at Russia 2018 having scored six goals, creating four more, in their qualifying campaign.
However, a persistent calf strain, which he first injured in February on duty with Bayern, has affected his World Cup preparations and he was unable to train last Friday.
If he is ruled out, Seville's Luis Muriel is amongst the favourites to fill the attacking midfield role.
"We always wait until the last minute to see which team we select, we have to be very careful," said Pekerman who gave no clues as to his starting line-up.
"Some players arrived in Russia carrying knocks, but it hasn't been a problem and they have been able to find their pace."
Having lost to hosts Brazil in the quarter-finals of the last World Cup, Pekerman refused to be drawn as to how far the Colombians aim to go in Russia.
He also said the 4-1 thrashing of Japan in their final pool game four years ago, which made them group winners, counts for nothing now.
Colombia are the Group H favourites and expected to beat Japan, who only installed Akira Nishino as head coach in April after sacking Vahid Halilhodzic in a high-risk move.
Nevertheless, Pekerman is taking nothing for granted. "We think Japan will be a very tough team, we have completely forgotten what happened in the last World Cup," insisted Pekerman, who rarely speaks to the press.
"They were the first team to qualify for the World Cup, they have players with vast experience.
"They have a new coach, he hasn't played many matches, but he has tried different systems and different styles." (AFP)