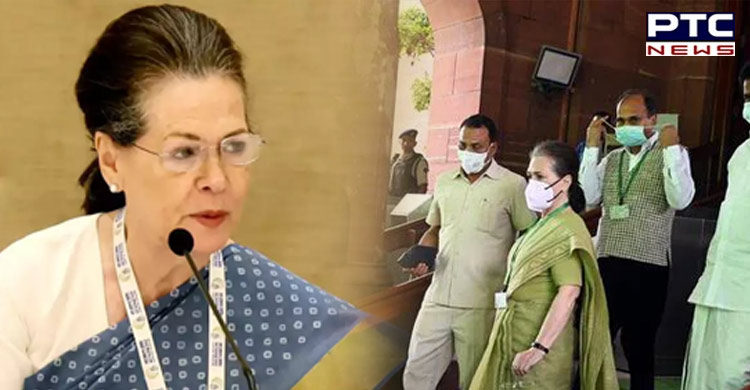 New Delhi, July 21: With Congress interim President Sonia Gandhi scheduled to appear before the Enforcement Directorate (ED) on Thursday in connection with the National Herald case, party leaders and MPs have decided to protest against the BJP-led government's "vendetta politics" across the country.

In light of the protest, the Delhi Police has issued a traffic advisory as major city routes are being diverted and barricades are being placed.

"Kindly avoid Motilal Nehru Marg, Akbar Road, Janpath & Man Singh Road between 0900 hrs & 1400 hrs on 21.07.22. Due to special arrangements, traffic movement will not be possible on these roads," the official statement read.

Talking about the protest, Congress leader Manickam Tagore tweeted, "Congress office HQ in Akbar Road but now closed by shah police... They know the strength of Congress workers and their commitment."

Rajasthan Chief Minister Ashok Gehlot and other senior party leaders and MPs are already present in Delhi. They reportedly had a meeting this evening at Congress leader Mallikarjun Kharge's house.

According to Congress leader and former MP PL Punia, both Houses of Parliament would be adjourned on Thursday, after which all Congress MPs will gather at Pant Marg near Gurdwara Rakabganj and walk jointly to the Congress headquarters.

Punia further stated that the rest of the Congress leaders and AICC members will march from the party headquarters to the ED office in support of Sonia Gandhi.

According to official sources, Sonia Gandhi has been summoned to appear before the investigators at the party headquarters in New Delhi at 11 a.m. on Thursday.

The fresh summons was issued since Sonia Gandhi was unable to join in the ED investigation in the case because of Covid-19. Sonia Gandhi had previously received a similar summons from the agency after failing to appear before the investigators on June 8 and then again on June 21 owing to Covid-19.

Sonia Gandhi was asked by the ED on June 1 to appear before its investigators in the case for the first time in connection with a money laundering case involving the National Herald.