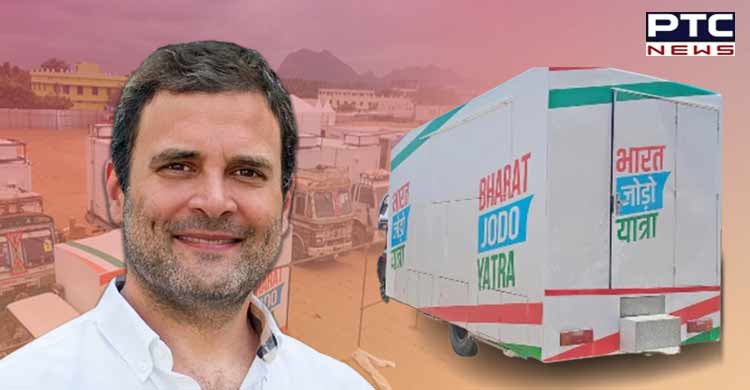 New Delhi, September 7: Congress leader Rahul Gandhi who embarks on 'Bharat Jodo Yatra' from Tamil Nadu's Kanyakumari today, will be staying in a container for the next 150 days.

In what is being seen as a Congress' "masterstroke" to take on the Narendra Modi government in the upcoming 2024 elections, Congress is launching the 'Bharat Jodo Yatra' on Wednesday in which Rahul Gandhi will start the 3,570 km journey lasting about 150 days from Kanyakumari to Kashmir. As the party begins the nationwide yatra, some pertinent questions arise about the lodging and flooding of Rahul Gandhi. However, the party has made it clear that he will not stay in any hotel but rather will complete the entire journey in a simple manner.

Rahul Gandhi is going to stay in the container for the next 150 days. Sleeping beds, toilets and air-conditioners are also installed in some of the containers. During the journey, the temperature and environment will differ in many areas. The arrangements have been made keeping in view the intense heat and humidity with the change of places.

The sources further said that Rahul Gandhi considers the Bharat Jodo Yatra journey as a way to connect with the common people.

"So he wants to complete this entire journey in a simple way away from the glitz and glamour. Rahul Gandhi calls it a journey but political analysts consider it a preparation for 2024," the sources added.

Earlier today, Rahul Gandhi attended a prayer meeting at the Rajiv Gandhi Memorial in Sriperumbudur on Wednesday. Sriperumbudur is where his father Rajiv Gandhi was assassinated in a bomb blast on May 21, 1991, while campaigning for the Lok Sabha polls.

Rahul Gandhi paid floral tribute at his father's memorial. "I lost my father to the politics of hate and division. I will not lose my beloved country to it too. Love will conquer hate. Hope will defeat fear. Together, we will overcome," he tweeted.

After the prayer meet, Rahul Gandhi left for Kanyakumari where Tamil Nadu Chief Minister MK Stalin will present him the Tricolour. The Congress leader will address a rally while officially kickstarting the Bharat Jodo Yatra.

Meanwhile, Priyanka Gandhi Vadra, the Congress party's general secretary, on Tuesday asserted that through the 'Bharat Jodo Yatra' people will be united on issues like inflation, and unemployment among other matters of public importance.

"We are starting a positive politics. We want to hear from you, we want to solve your problems. We want to unite our beloved country. Let us unite India together," Priyanka said in a Facebook video. 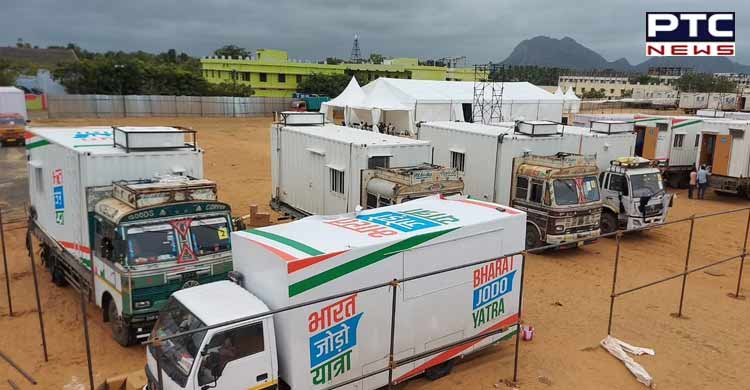 Politics today has turned a blind eye towards people and their issues, she added.

"Political discussion today isn't focusing on the people of the country, it has taken a different turn altogether. Politics today has turned a blind eye towards people and their issues. Through this 'yatra' we want to bring out the problems and concerns of the common man," Priyanka said.

The senior Congress party leader urged people to join the 'yatra,' adding that people should unite to make the country prosperous.

The yatra will proceed mainly through 12 states, including Himachal Pradesh, where Assembly polls are due later this year.