With the poll scenario getting clear after the completion of process of nominations, the Congress, which claimed to be sitting pretty, is now getting progressively panicky as besides fighting the onslaught of the Shiromani Akali Dal(SAD)-BJP combine, it is facing equally lethal infighting in the higher echelons  of the party.

In a statement issued here today, senior SAD leader and former minister Bikram Singh Majithia said that the mission 13 of Punjab Congress president Sunil Jakhar is going to a disaster as the situation is rapidly turning against the Congress.

Jakhar is completely rattled after the entry of Sunny Deol and is bidding his time in his constituency Gurdaspur and no more talks of his mission and is worried of his own survival. Certainty, he won’t be able to move out of his constituency for the remaining campaign period though he happens to be the party president.

After having lost from Ferozpur Lok Sabha constituency in 2014 and from Abohar assembly constituency two years later, Jakhar’s political future is bleak as he has nowhere to go after his defeat, which is now certain, said Majithia.

Many senior Congress leaders have deserted the party while others seemed neutralized following distribution of tickets.

On the top, former Punjab Congress president and Rajya Sabha MP Shamsher Singh Dullo had fielded his wife and later replaced with his son as Aam Aadmi Party nominee from Fatehgarh Sahib to protest against denial of ticket to his family or community.

Knowing that Dullo is not going to relent, chairman campaign committee Lal Singh has directed him to quit the party and resign as Rajya Sabha member and Dullo is unlikely to oblige.

However, the trouble shooters- Amarinder Singh and others have doused the outright rebellion in the party and persuaded former Hoshiarpur MP Santosh  Chaudhary amd Jalandhar MP Mohinder Singh Kay Pee Singh not to contest but they would remain neutral and are reluctant to campaign for the party. Many other congress leaders have not reconciled to distribution of tickets and are certain to remain inert or even hostile during the campaign.

This is precisely the knee jerk reaction as the party is facing defeat  in almost all the seats, said Majithia adding that refrain of the ministers and Congress legislators is that defeat of the Congress would be direct reflection of the performance of the party in the last two years. If Amarinder’s government remained non-performer, why to pass on the buck to the ministers and legislators, they assert.

Majithia said that the Congress problems would  mount each day and the party is heading towards the biggest disaster. 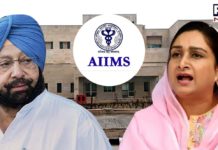 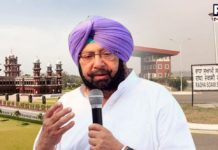 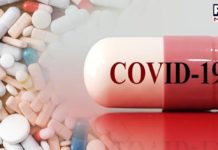 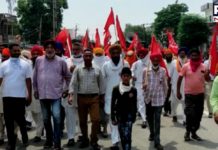 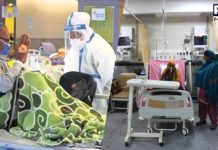 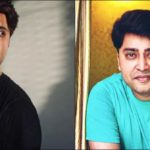