Another round of Congress Legislative Party meeting on September 19

As per sources, Navjot Sidhu has sought appointment from Governor 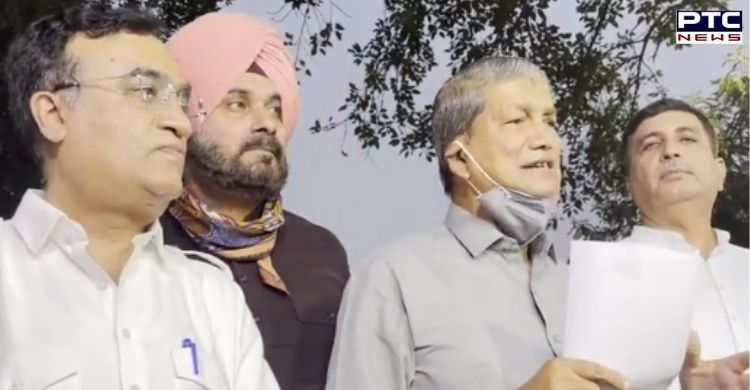 As per the sources, the AICC observers will stay in Chandigarh and the next Punjab CM will be finalized by Saturday night or Sunday morning.

Meanwhile, Punjab Congress President Navjot Singh Sidhu on Saturday sought an appointment from Governor Banwarilal Purohit, sources said, adding that Sidhu has got an appointment at 3 pm on September 19.

Sunil Jakhar is the front runner for the post while others include Ambika Soni, Vijay Inder Singla. However, Congress will not contest the next Assembly polls under his/her (new CM) leadership, the sources said. As the chief minister post in Punjab fell vacant following the resignation of Captain Amarinder Singh resigned from the post, Congress leader Vijay Inder Singla on Saturday said that he has no information about the leader will take over as the new chief minister.

Singla said, "I respect the decision of the high command. Also, I have no information about who will become the Chief Minister next..."

Punjab Chief Minister Captain Amarinder Singh stepped down from his post on Saturday ahead of the meeting of party legislators in the faction-ridden state unit. His resignation came ahead of the Assembly elections scheduled for the next year.