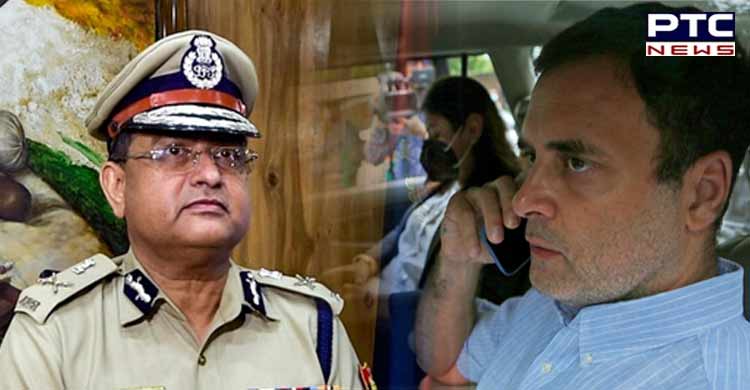 Adhir Ranjan Chowdhury, Congress leader and chairperson of Parliament's Public Accounts Committee (PAC), had summoned Delhi's top cop and asked him to appear before the Parliament at 10.30 am on Wednesday.

"CP (Rakesh Asthana) wrote to me last night that Delhi's law and order situation isn't good. So he should be granted an exemption. I spoke with my officer. As per rules, if an officer doesn't come, he has to explain the reason. He did. So, I said let's call him later," AR Chowdhury said.

"There were some observations against Delhi Police by CAG. So, I thought that there is a need to speak with concerned officials and further clarify this before their examination. This is as per rules," he stated.

This came after Chowdhury and several other senior Congress leaders were detained by Delhi police while protesting against ED's summons issued to Rahul Gandhi.

For the third day in a row, Rahul Gandhi rejoined the ED's ongoing probe into an alleged money laundering case concerning the National Herald newspaper. Since Monday, when he was questioned in front of the ED investigators in the matter for the first time, he has been questioned for nearly 20 hours.

According to official sources, Rahul Gandhi, a Z+ category protectee of the Central Reserve Police Force after the Union government withdrew the Gandhi family's Special Protection Group cover in 2019, has been confronted with several documents collated by the ED as evidence recovered so far in the case to get his version.

The Congress MP has been questioned in detail about the ownership of Young Indian Private Limited (YIL) by the Gandhi family and its shareholding pattern in Associated Journals Limited (AJL), the company that runs the National Herald newspaper, sources added.