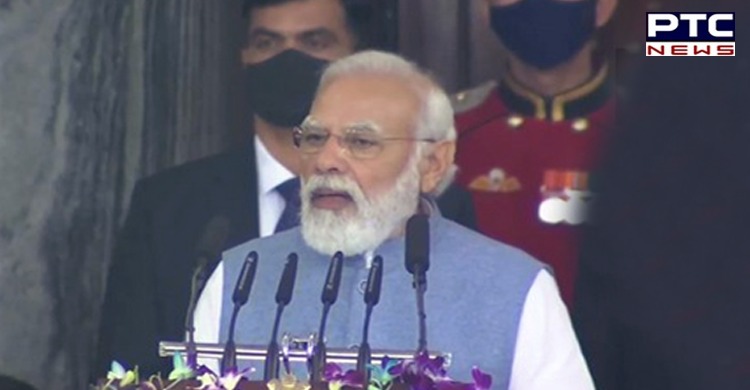 On the occasion of Constitution Day, Prime Minister Narendra Modi on Friday said that the Indian Constitution is behind binding a diverse country.

Addressing an event on the occasion of Constitution Day in the Central Hall of the Parliament, PM Narendra Modi said, "Our Constitution binds our diverse country. It was drafted after many hindrances and united the princely states in the country." He further paid tribute to freedom fighters including Mahatma Gandhi for India's Independence from the British.

"Constitution Day is the day to salute this House, where many of India's leaders brainstormed to give us the Constitution of India. We also pay tribute to Mahatma Gandhi and all those who fought during India's independence struggle," PM added.

Likewise, the Lok Sabha Speaker Om Birla said that the Constitution of India is like a modern version of 'The Gita' for us that motivates us to work for the nation. 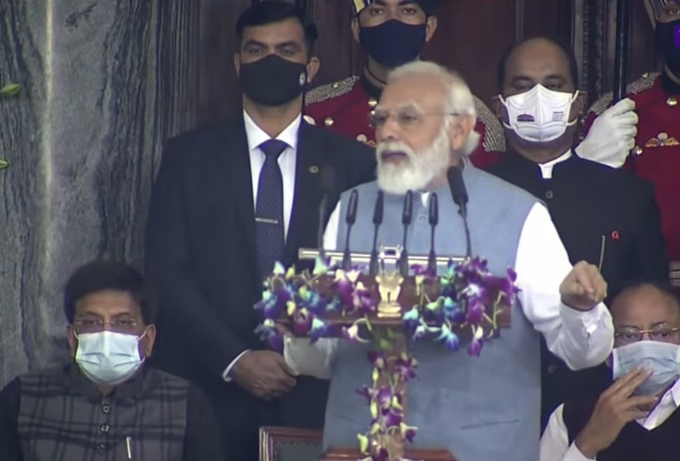 Bound in black & embossed in patterns of gold, the book of Indian Constitution stands out as much for its spirit as its looks. But do you know the people behind its high aesthetic value? Watch here to know about them #ConstitutionDay #NationalConstitutionDay #AmritMahotsav @kishanreddybjp @ArjunRamMeghwal @m_lekhi @PIB_India @mygovindia

The observation of Constitution Day started in 2015, based on the vision of the Prime Minister to give due recognition to the significance of this historic date.