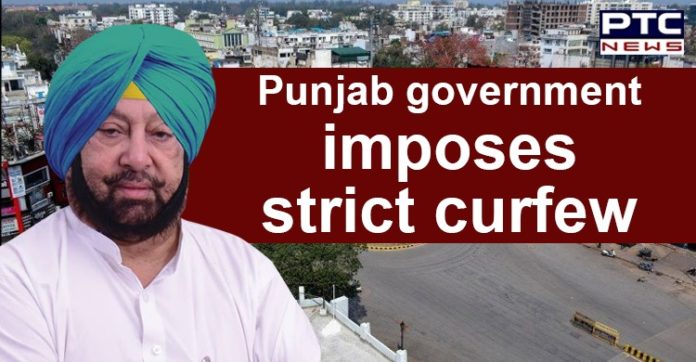 Punjab Chief Minister Captain Amarinder Singh on Monday announced a curfew in the state with no relaxations, essential service exempted. The decision comes after reviewing the situation with Chief Secretary and Punjab DGP.

Captain Amarinder Singh took to Twitter and wrote: “After reviewing the situation with Chief Secretary & @DGPPunjabPolice, announced full curfew with no relaxations. DCs have been asked to issue orders accordingly. Any person required to be given relaxation will be so allowed specifically for a given period & purpose.”

Earlier on Monday, Captain Amarinder Singh had written: “In the past few days, we have initiated legal action against violators of home quarantine. All measures being taken are for the larger good of everyone. While I am happy that everyone is cooperating, I will not let a few threaten the safety measures being taken against”

In another tweet, he had written: “I have directed the provision of free food, shelter & medicines for those in need & 20 Cr has been sanctioned out of CM relief fund for same. Additionally, DCs & SDMs have been asked to extend all assistance to those in need.” Meanwhile, all the officers/officials of the Punjab Vigilance Bureau (VB) will be contributing their one day salary to the Chief Minister Relief Fund.

On Monday, the lockdown was issued in Punjab. The state government had declared a complete lockdown in the state till March 31. Meanwhile, the Health Department has clarified that during the lockdown period, all the private establishments such as shops, offices, factories, workshops, etc. but excluding godowns and warehouses, shall remain closed.