Chandrayaan-2 to be launched at early hours tomorrow 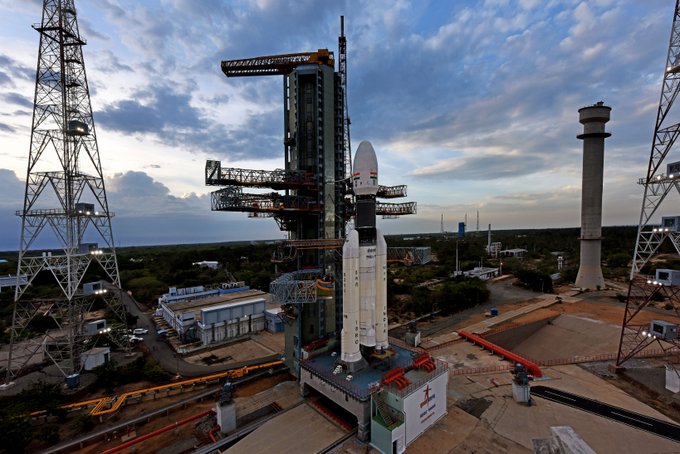 The 20-hour countdown began on Sunday morning for the launch of Chandrayaan-2, India's Moon mission to the unexplored south polar region of Earth's natural satellite.

The country's second lunar spacecraft will be launched onboard a Geosynchronous Satellite Launch Vehicle (GSLV) Mk-III from Satish Dhawan Space Centre at Sriharikota in Nellore district of Andhra Pradesh at 2:51 am on Monday. The Indian Space Research Organisation (ISRO) said that the countdown started at 6.51 am today. 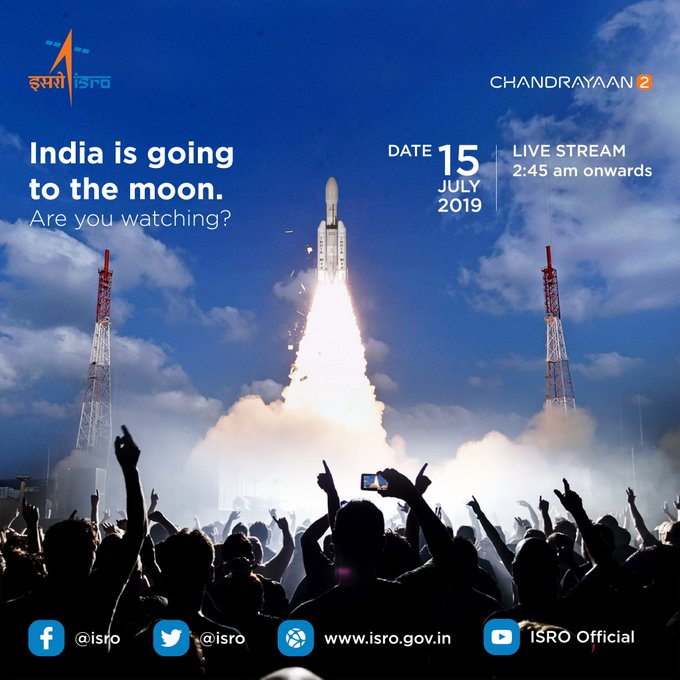 Chandrayaan-2, which has home-grown technology, will explore a region of Moon where no mission has ever set foot. According to ISRO Chairman Kailasavadivoo Sivan, the landing site, at a latitude of about 70 degrees south, is the southernmost for any mission till date.

The spacecraft consists of an orbiter, a lander and a rover together referred to as "composite body". The probe's total mass is 3.8 ton and it is expected to land on Moon's south polar region on September 6 or 7 this year.

Here's a shot of the Pragyan Rover on the ramp of the Vikram Lander in clean room, prior to its integration with the launch vehicle. #Chandrayaan2 #GSLVMkIII #ISRO pic.twitter.com/sMZ8enBSld

Ahead of the launch, Sivan visited Sri Venkateswara temple at Tirumala on Saturday.

After visiting the shrine, he told the media, "On Monday early morning, we are going to launch the most important and prestigious mission, Chandrayaan-2. A GSLV Mark-III vehicle is going to be used for the mission. After a successful launch, it will take nearly two months to land on the South Pole of Moon."

He said, "In future, the nation will depend more on planetary missions. After the country's first Moon mission Chandrayaan 1, which was launched in October 2008, we are now entering into Chandrayaan-2 mission."

Mylswamy Annadurai, Project Director of Chandrayaan-1, told ANI, "The data showed evidence for water in the exosphere of Moon, on the surface of Moon and also sub-surface and it triggered back to the Moon slogan. The South Pole is more of a resourceful place in case man has to land in future."

On the significance of the expedition, he said, "From a scientific point of view, there are also craters which have gone very deep into Moon and that will tell about possible origin and evolution of the solar system."

On Thursday, ISRO had conducted checks on the GSLV rocket at the launch pad in Sriharikota. (ANI)