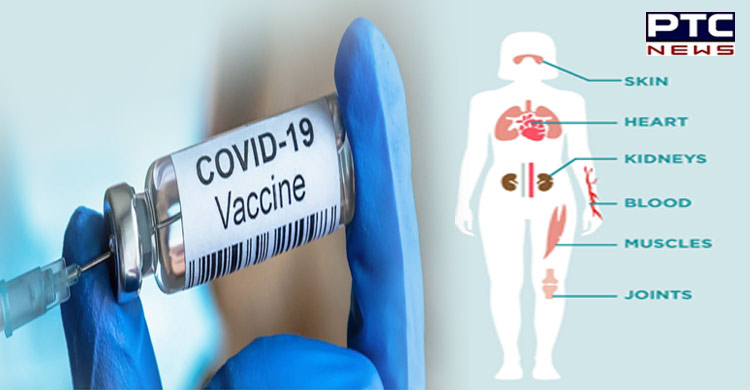 New York (US), July 14: According to a recent study, people with systemic lupus erythematosus (SLE) who received a "booster" dose of the SARS-CoV-2 vaccine after receiving the full dosage are only about half as likely to contract Covid-19 infection in the future.

The study published in The Lancet Rheumatology journal should provide comfort to the more than 200,000 Americans who suffer from SLE, a disorder where the immune system of the body unintentionally targets its own healthy tissues, particularly joints and skin. People suffering from SLE are more susceptible to infections, such as SARS-CoV-2, when taking immune-suppressing medications, like steroids, which are required to control the disease's symptoms.

The study which was led by doctors from NYU Grossman School of Medicine followed 163 fully immunised men and women receiving SLE treatment at its affiliated institutions in New York City. Moreover, more than half of the participants were using at least one immune-suppressive drug for their SLE, so the team of researchers wanted to determine who contracted the virus over a period of at least six months.

Prior to June 2021, all had administered some combination of vaccinations made by Pfizer, Moderna, or Johnson & Johnson, but only 125 had received a booster or third dosage.

The study showed that 44 vaccinated SLE patients experienced breakthrough infections by the conclusion of the monitoring period (April 24, 2022), with two of them necessitating hospitalisation (but both surviving their infection).

The 57 patients who agreed to have their blood antibody levels examined again, once after their initial vaccination and once after the booster shot, indicated another important study finding.

According to research, even immunosuppressed people who did not respond to the initial vaccine saw an immediate rise in antibody levels after receiving a booster dose. Previous research had shown that these antibody levels were lower in many first-time vaccine recipients with rheumatic diseases, such as SLE, who were using immunosuppressive drugs, raising questions about the possibility of declining Covid-19 immunity over time.

The results of the study showed that neither group was any more immune to a breakthrough infection than those with lower levels of the spike-protein antibodies, which are essential to hinder the SARS-Cov-2 "spike" protein and prevent the virus from invading human cells.

However, a previous study found that complete immunisation of lupus patients with greater antibody levels strengthened key indicators of long-term immunity, which may help to explain why those with breakthrough infections do not develop severe disease.

The co-lead investigator and rheumatologist Amit Saxena, MD, MS says that "our trial results offer persons with systemic lupus erythematosus clinical confirmation that immunizations are extremely efficient at preventing severe Covid-19, despite their elevated risk of contracting the disease."