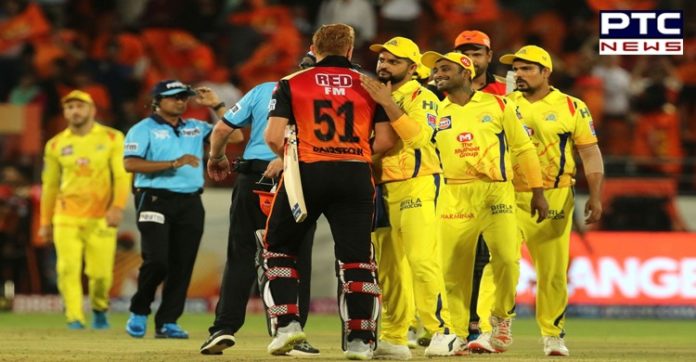 Needing 168 runs to win, Jonny Bairstow was quick off the blocks, hitting two fours in the second and third over. However, CSK struck twice in the fourth over. First, Sam Curran had David Warner caught on his bowling and then, Dwayne Bravo’s fielding brilliance caught Manish Pandey short of his crease.

Kane Williamson announced his arrival in style, punching a ball through the covers for four. He and Bairstow brought up his side’s fifty in the eighth over without taking any undue risks. 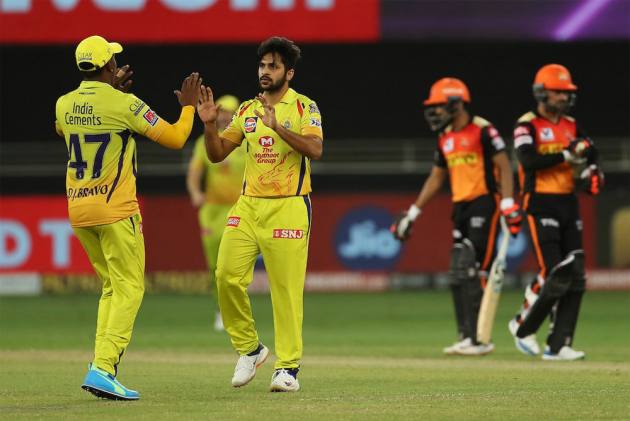 But Ravindra Jadeja, in the 10th over, ended the partnership after he broke through Bairstow’s defence to give CSK their third wicket.

In Jadeja’s next over, Williamson creamed two fours; one over the leaping extra cover and another more clinical, landing closer to the boundary rope to push SRH to 76/3 after 12 overs. Two overs later, Priyam Garg and Williamson hit a four each.

Garg though, was holed out in the deep in the 15th over as Karn Sharma scalped his first wicket of the match.

SRH needed 67 runs off the last five overs and had their hopes pinned on Williamson and Vijay Shankar to take them home. 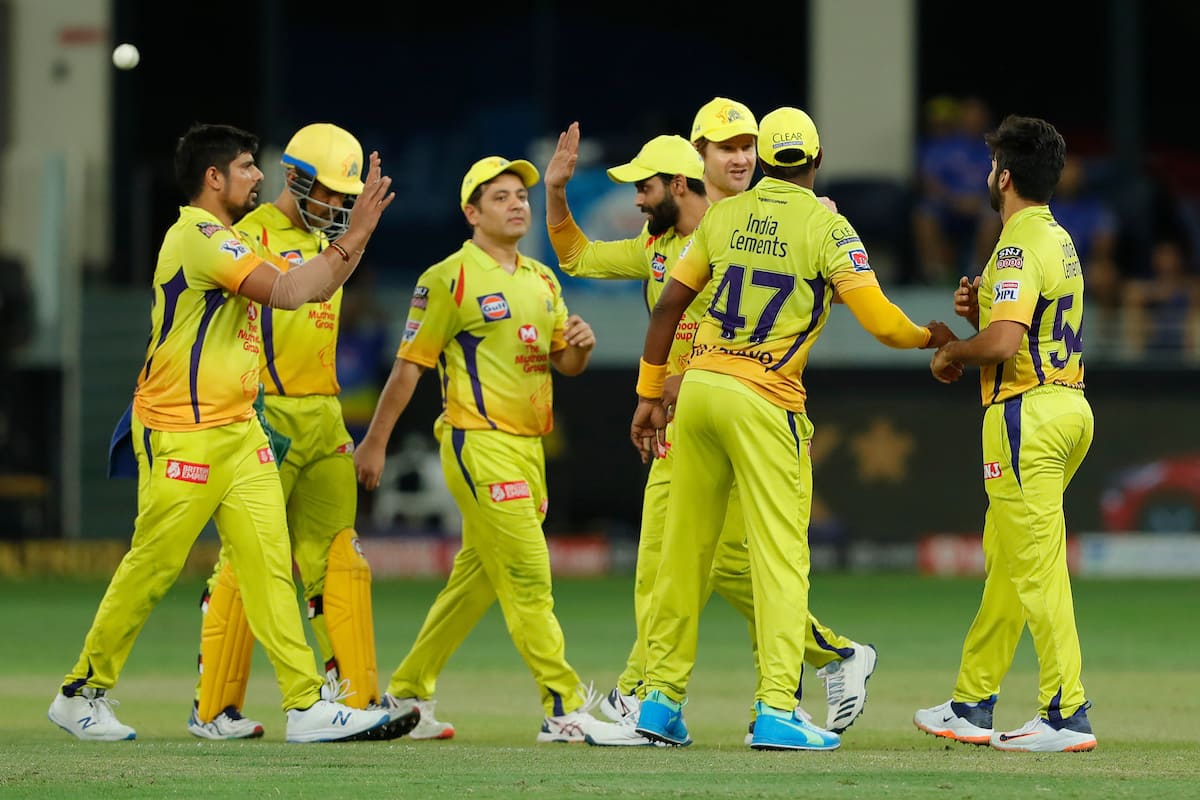 Meanwhile, Williamson brought up his fifty as SRH moved to 122/5 after the end of the 17th over. But going for a big shot, Williamson was dismissed in the next over Karn Sharma picked his second wicket.

Rashid Khan announced his arrival in the middle with a six and then followed it up with a four, courtesy a reverse sweep. Shahbaz Nadeem hit the last ball for four as SRH scored 19 from the 18th over. 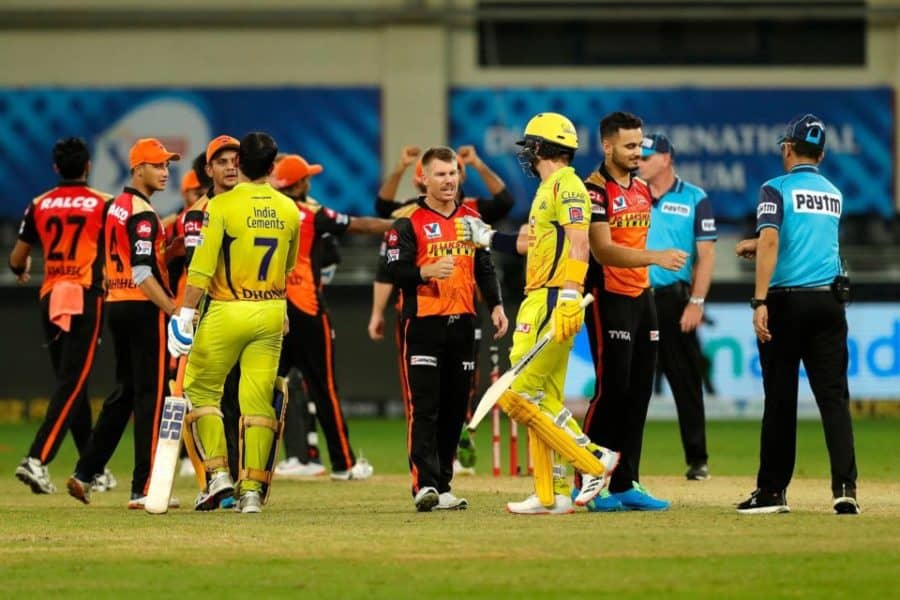 SRH needed 27 off the last two overs and Shardul Thakur, bowling the penultimate over, conceded just five runs as CSK also managed to see the back of Rashid, following a hit-wicket. Bravo then closed out the game, bowling a one-run final over to seal the win for CSK. 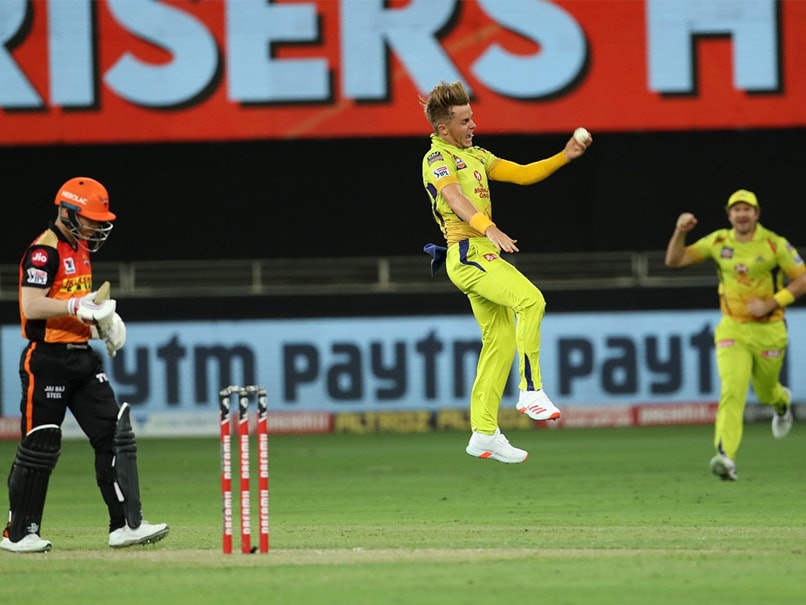 Meanwhile, Curran, after a little slow start, went after Khaleel Ahmed in the fourth over, hitting two sixes and as many fours. However, in the fifth over, Sandeep broke through Curran’s defence and ended the left-hander’s 21-ball 31-run innings. 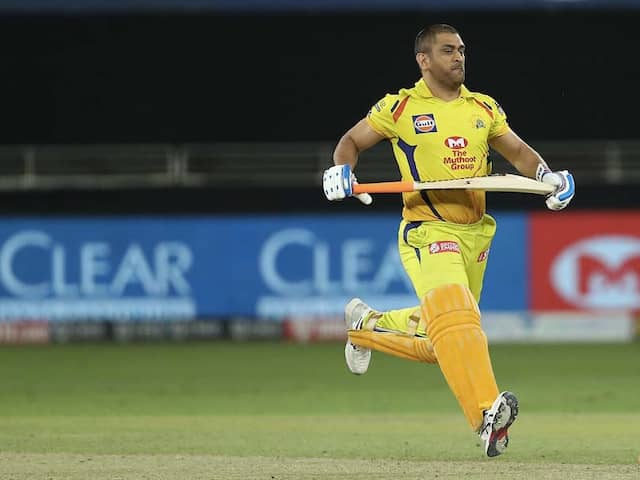 The CSK skipper then hit a humongous six off T Natarajan to push his side past 150 in the 19th over, but got out on the next delivery after scoring 21 off 13 balls.

CSK scored 15 off the last over, with Jadeja, who scored an unbeaten 25 off 10 deliveries, hitting a six and a four, and posted 167/6 on the board.