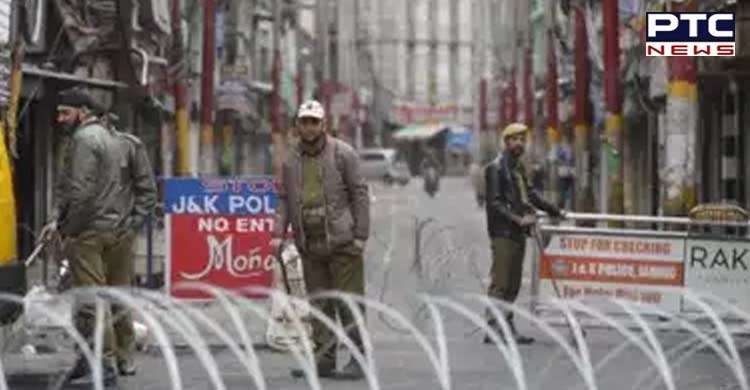 Doda (Jammu and Kashmir), June 10: Following tensions over some social media posts, a curfew has been imposed in Baderwah town of Doda district in Jammu on Friday, and internet services have also been suspended.

Tensions were high on Thursday when a purported video of an instigating announcement from a mosque in Baderwah, Jammu, went viral. A case was then filed at the Bhaderwah Police Station.

"Action has been taken under the law. A case has been registered at Police Station Bhaderwah. Anyone who takes the law into their hands will not be spared," officials from the Jammu Police Media Centre informed.

According to officials, two separate FIRs have been registered in the matter and the situation is under control.

As a precautionary measure, a curfew was imposed and internet services were suspended in Kishtwar and Ramban districts.

Meanwhile, Union Minister Jitendra Singh urged the people to maintain peace and said he is in constant touch with officials.

Singh, who represents the Udhampur constituency in Lok Sabha, stated that District Collector Doda and Senior Superintendent of Police (SSP) Doda are currently camping in Bhaderwah and monitoring the situation.

"I am deeply disturbed by the unpleasant situation that developed in #Bhaderwah yesterday. I humbly appeal to the elders and the heads of the two communities to sit together to maintain the traditional harmony for which the beautiful town of Bhaderwah has always been known for. Meanwhile, I am in constant touch with DC Doda Sh Vikas Sharma and Divisional Commissioner Jammu Sh Ramesh Kumar. DC Doda and SSP Doda are presently camping in Bhaderwah and personally monitoring the situation," he tweeted.