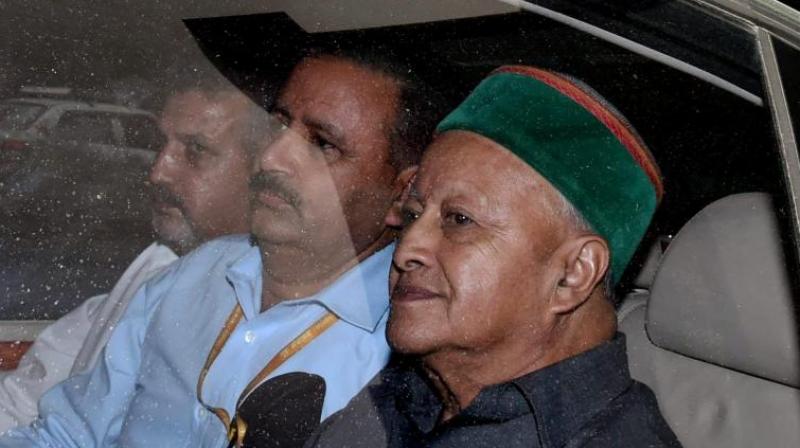 New Delhi: Himachal Pradesh Chief Minister Virbhadra Singh and the other accused in the Disproportionate Assets (DA) case, moved the special CBI court for bail in New Delhi on Monday.

The special CBI court has issued a notice to the CBI to reply on the bail plea of all the accused including Virbhadra and his wife Pratibha.

The next date of hearing is 29th May.

Earlier on May 8, Virbhadra and other accused were summoned by the court in regard with the same case.

Pratibha Singh withdrew her plea, which had alleged that the CBI hadn't obtained permission from the state government to procure documents used to prepare the chargesheet.

Pratibha's counsel had earlier on April 24 argued whether witnesses and documents that were collected during the investigation could be part of the chargesheet and if the court could read them for the purpose of taking cognizance.

The counsel also moved an application seeking consideration of these terms, while also requesting not to take cognizance of the chargesheet.

A day after being booked by the CBI special court, the Chief Minister accused the Bharatiya Janata Party (BJP) of conspiring against him and asserted that all charges levied against him were fabricated.