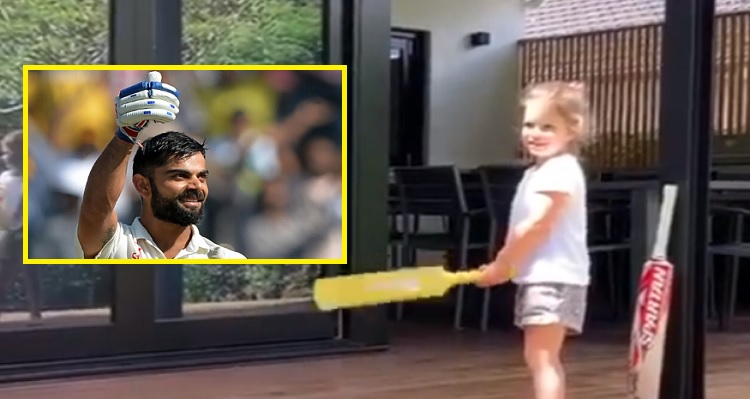 Commenting on the video, Kohli said, "Hahahahaha, good one mate. I see an Indian fan at home in Australia. She’s too cute. God bless the whole family ."

There's another video on David Warner's Instagram, where Indi plays a shot and is caught out by mother Candice Warner.

Warner recently played Pakistan tour of Australia, where the hosts dominated the visitors and won the three-match T20 series 2-0, with one match being called-off. Now, he is all set to play the two-match Test series. The first Test match is scheduled to be played from November 21 at The Gabba, Brisbane.