Defence sector will be strengthened under 'Make in India,' says Rajnath Singh in Bangkok 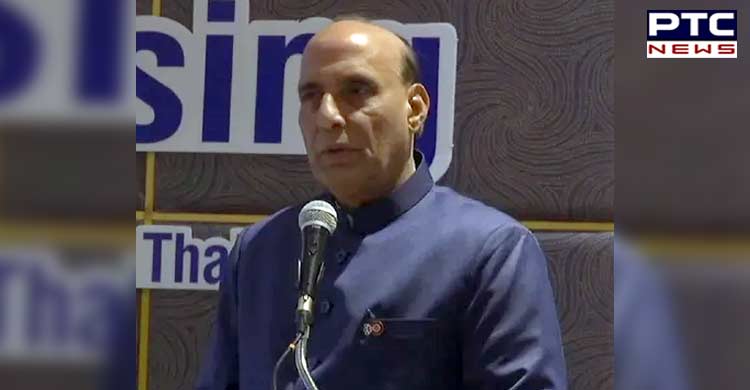 In Bangkok for the ASEAN Defence Ministers’ Meeting-Plus, Defence Minister Rajnath Singh said Government of India is committed towards building a US$ 26 billion defence industry by 2025. He said, "Under the ‘Make in India’ initiative, the defence sector has been identified as one of the prominent sectors to build US$ 5 trillion economy by 2024. India is the second largest importer of arms as of 2014-18 with a share of 9.5% of the total world imports."

Stressing on the need for domestic manufacturing, the minister said obstacles in the way of manufacturing are being removed.

"Defence allocation in India's 2019-20 budget is around US$ 60 billion. Nearly 65% of parts, components and sub-systems of existing systems have been delicensed and India can now manufacture them. Approximately US $3 billion worth of defence items are being manufactured by the domestic private sector," he said.

According to him, India’s defence export sector will be greatly strengthened in the near future.

"The Draft Defence Production Policy 2018 set a target of US$ 5 billion in defence exports by 2025. While the target is ambitious, it's encouraging to know that India's defence exports grew nearly 6 times over the past 2 years," he said.