As there are a couple of months left for Delhi Assembly elections 2020, the Chief Minister, Arvind Kejriwal seems to be active than usual. After purposing free metro for lady passengers, the CM has now presented a free Tirtha scheme for senior citizens. Kejriwal flagged off the first ever train under the scheme “MUKHYAMANTRI TIRTHA YATRA”. The scheme is designed for religious pilgrimage and is fully funded by the Delhi government. The train will nearly carry one thousand senior citizen pilgrims on the Delhi-Amritsar-Wagah Border-Anandpur Sahib tour circuit. 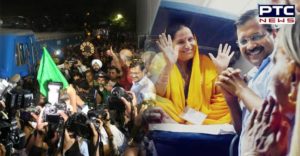 Delhi government will bear the full expenditure that includes accommodation, food, travel expenses, etc. The Mukhyamantri Tirth Yatra is routed to cover a number of cities that has religious significance. Following are the five major routes that will be covered under this scheme

About 17 AC coaches have been booked for the first “Tirtha yatra”. Besides the medical team, two government volunteers have been employed in every coach to aid the senior citizens. 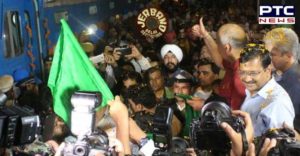 While addressing the media, Kejriwal said that his government aims to provide Tirtha Yatra to every senior citizen of Delhi. 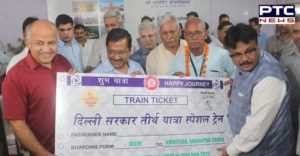 According to the reports, the first train will be back in Delhi on the morning of July 16. Kejriwal and Manish Sisodia, along with their families, will accompany pilgrims on the second trip on July 20.