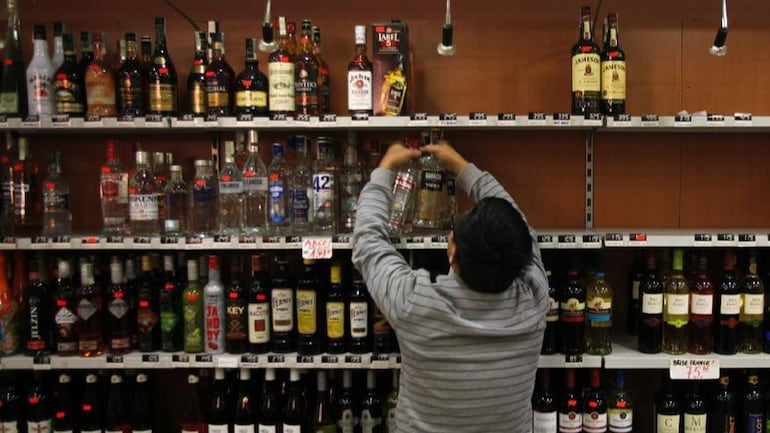 New Delhi, August 1: The AAP government in the national capital has decided to extend the Delhi Excise Policy 2021-22 by extending the license tenure for shops selling liquor, before it brings back the old excise regime, according to sources.

The government said that it reverted the new excise policy to the old regime that was prevalent till November 16, 2021, for a period of six months with effect from September 1, 2022, while also extending the tenure of the licenses which were expiring on July 31, for a month. Under the old policy of the government, both government and private vends sold the liquor, which was changed to private only in the new policy. However, the government reverted to the old policy after protests by the Opposition (in Delhi) BJP in the national capital.

The move of the government came after Delhi Lieutenant Governor VK Saxena recommended a CBI probe into the alleged violations in the implementation of the policy.
Liquor will be sold only through government-run shops from August 1.

However, the government is considering extending the tenure of the licenses which were expiring on July 31, 2022, to extend for another month till August 31, 2022.

"Considering the tenure of existing licenses, expiring on July 31, 2022, and to maintain the confidence of people at large in the administration, the GNCTD has extended the existing licenses for a month till August 31, 2022, for the transition to take effect," the GNCTD sources said.

"Seized of the fact that the Excise Policy 2021-22 is not able to achieve the desired objectives of fetching greater revenues as envisaged and projected, and owing to the fact that the said policy has been flagged with many an issue that is under detailed examination/investigation by agencies, the Government of National Territory of Delhi (GNCTD) has decided to revert to the old policy (prevalent till 16th November 2021) for a period of six months with effect from September 1, 2022," added the sources.

Delhi Deputy Chief Minister Manish Sisodia, who also heads the Excise Department, claimed that his party's government brought in a new excise policy to curb graft but central agencies were used to threaten shopkeepers as well as state officials. Targeting the BJP, he claimed this was done to encourage the sale of illegal as well as spurious liquor.
"We have decided to withdraw the new policy and ordered liquor be sold only through government-run shops. We have done this so that no one can sell illegal or spurious liquor in the capital. I have ordered the state chief secretary to ensure there is no corruption," Sisodia said at a press conference.

Sisodia claimed that licenses were issued through open tenders in a transparent manner in the new excise policy.

He claimed that before 2021, liquor was sold in Delhi through government shops and alleged there was a lot of corruption.

"I also carried out some raids," he said.

"Our government brought a new policy last year. Earlier, there used to be some private shops, but they would be allotted to near and dear ones. We ended this system and brought a new policy. We carried out a transparent auction. We decided that, like earlier, there will be only 850 shops. The government used to earn a revenue of Rs 6000 crore every year, but under the new policy, the revenue would have risen to Rs 9,500 crore," Sisodia claimed.

He said that there were 468 shops functional and many more planned to leave the shops.
"They (BJP) want to create a liquor shortage in Delhi and want to encourage illegal and spurious liquor trade," he alleged.

The excise policy was passed in chief minister Arvind Kejriwal-led Cabinet in the middle of the deadly Covid-19 pandemic in 2021.

The Delhi Police's Economic Offences Wing (EOW) is also conducting a probe into the matter. There has also been a face-off between Delhi Lieutenant Governor VK Saxena and the Delhi government's top brass over the new liquor policy.