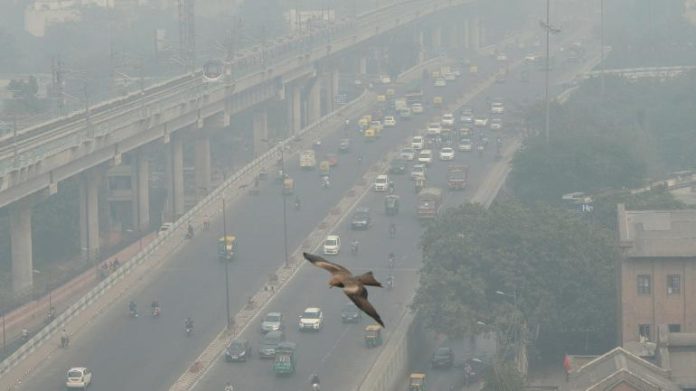 Two days after pollution level surged to the ‘severe plus’ category, air quality in Delhi-NCR showed some improvement on Tuesday. However, according to data updated by the System of Air Quality and Weather Forecasting and Research (SAFAR), air pollution levels remain in the ‘severe’ category with an overall Air Quality Index (AQI) of 411.

As per SAFAR, at 8am on Tuesday morning, Delhi University was the most polluted area with an AQI of 510. Dhirpur Road was the second most polluted area in the National capital, with an overall AQI of 462, falling in the ‘severe’ category. Major pollutants, PM 10 and PM 2.5, were recorded at 227 and 366 respectively in Lodhi Road area.

Recently, NASA satellite imagery showed smoky haze in Punjab, Haryana, Delhi, Uttar Pradesh and Bihar. He described Delhi as a “gas chamber” and attributed this to air pollution around Delhi.