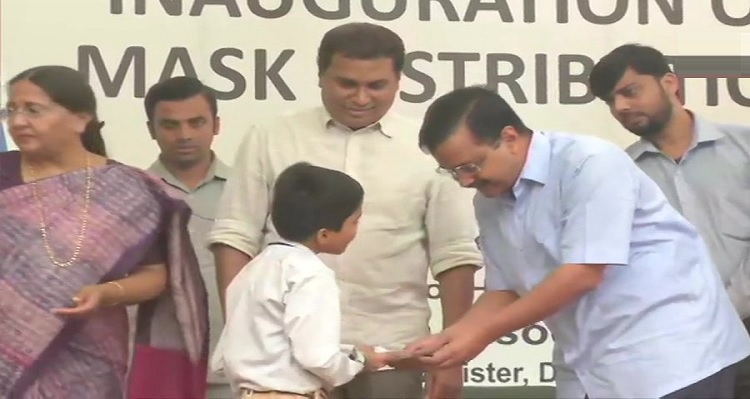 In view of spike in pollution levels, Delhi Chief Minister Arvind Kejriwal, on Friday, distributed masks to school students in the national capital. Kejriwal said, "The pollution level has deteriorated in Delhi due to smoke from stubble burning in adjoining states, number of which has doubled this year. Also, people are facing difficulty in breathing and to provide relief, we're distributing 2 masks to each student in private and government schools."

According to the System of Air Quality and Weather Forecasting and Research (SAFAR), the air quality level was recorded at 425, falling under 'hazardous' category. Also, the Central Pollution Control Board reported, the air quality is in 'Severe' category in areas around Major Dhyan Chand National Stadium and India Gate.

Three Bangladeshi players were also captured practicing wearing masks ahead of the 1st T20 against India on November 3 at the Arun Jaitley Stadium.