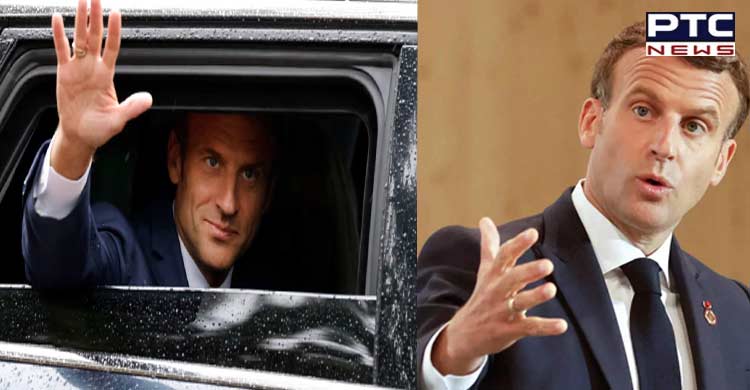 Paris, June 20: In a stunning setback to Emmanuel Macron, the French President on Sunday lost his parliamentary majority after major election gains by a newly formed left-wing alliance and the far right.

The "democratic shock" comes as a big blow to Macron's plans for major second-term reform.

Following his re-election in April, Macron's second-term plan hinged on the run-off election, with the 44-year-old needing a majority to secure promised tax cuts, welfare reform, and an increase in the retirement age.

Finance Minister Bruno Le Maire called the result a "democratic shock" and sought to reach out to all pro-Europeans for assistance in governing the country.

"The rout of the presidential party is complete and there is no clear majority in sight," Melenchon said.

Now, the result threw French politics into disarray, raising the possibility of a paralysed legislature or complex coalitions with Macron forced to reach out to new allies.

Macron now faces the possibility of being distracted by domestic issues as he attempts to end Russia's invasion of Ukraine while simultaneously serving as a crucial EU statesman.

According to a range of projections from five French polling firms, his "Together" alliance was on track to be the largest party in the next National Assembly, but on 200-260 seats well short of the 289 seats needed for a majority.

If confirmed, the results would cast a shadow over Macron's triumph in the April presidential election, in which he defeated the far-right to become the first French president to win a second term in almost two decades.

NUPES, the new left-wing coalition led by Jean-Luc Melenchon, a 70-year-old hard-left leader, was on track to gain 149-200 seats.

The coalition, which was formed in May after the left's presidential election fiasco in April, includes Socialists, the hard left, Communists, and Greens. After only eight seats in the last parliament, far-right leader Marine Le Pen's National Rally party was on pace to make significant gains.