Did Amitabh Bachchan hint at Don 3 with a cryptic post featuring SRK? 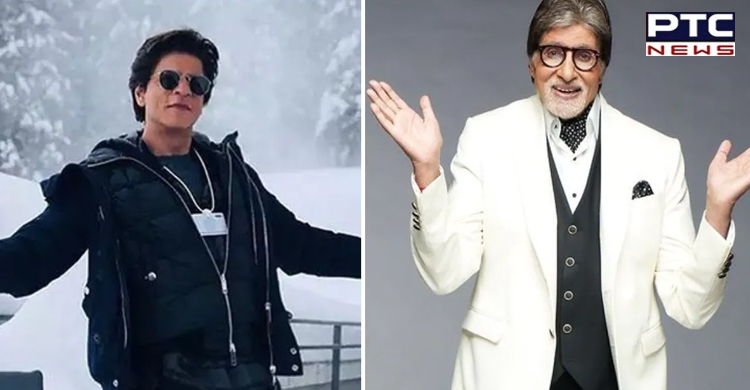 Mumbai, June 19: Megastar Amitabh Bachchan has hinted at the biggest crossover in Bollywood with a recent picture on Instagram. Looking at Big B's latest cryptic post, fans assume that the actor might be a part of Shah Rukh Khan's Don 3.

On Saturday, the 'Sholay' star took a trip down memory lane by sharing a throwback photo with Shah Rukh Khan. The megastar is seen signing a vintage poster for his action thriller film 'Don' while Shah Rukh Khan gives him a look in the photo.

The Internet went crazy after Big B's post and fans speculated that this may be the biggest crossover in the history of Bollywood as they could see both on-screen 'Don's' together. Soon after the post was shared, fans swamped the comment section with excitement.

"Is that any hint on Don 3?" a user wrote sharing the picture.

There have been rumours that Farhan Akhtar, who recently announced his upcoming film 'Jee Le Zara,' starring Priyanka Chopra, Alia Bhatt, and Katrina Kaif, has put the film on hold and is working on a new project.

The megastar's post fueled rumours that the director of 'Dil Chahta Hai' is working on the highly anticipated film 'DON 3', which fans have been waiting for a long time.

Amitabh Bachchan and Shah Rukh Khan have previously collaborated on films such as 'Mohabbatein' and 'Kabhi Khushi Kabhi Gham,' and will also appear in the upcoming film 'Brahmastra.'