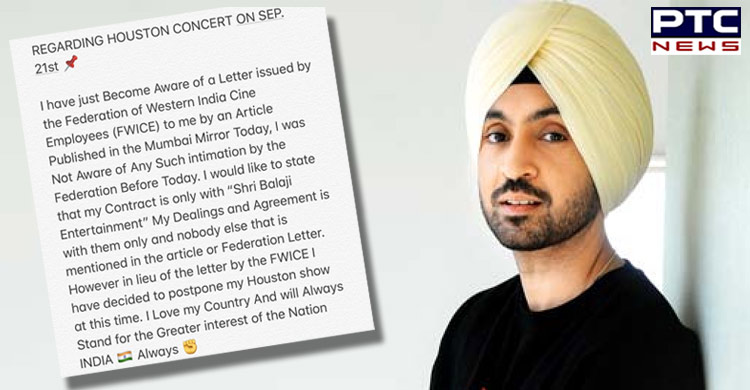 Punjabi Singer and Actor Diljit Dosanjh, on Wednesday,  denied allegations of accepting the invitation of Pakistani national for a performance in the United States. Dosanjh issued a statement on Twitter, which reads, "I have just become aware of a letter issued by the Federation of Western India Cine Employees (FWICE) to me by an article published in the Mumbai Mirror Today. I was not aware of any such intimation by the Federation before today."

Clarifying his stand, Dosanjh said, "I would like to state that my contract is only with ‘Shri Balaji Entertainment’, my dealings and agreement is with them only and nobody else that is mentioned in the article or Federation letter. However, in lieu of the letter by FWICE, I have decided to postpone my Houston show at this time."