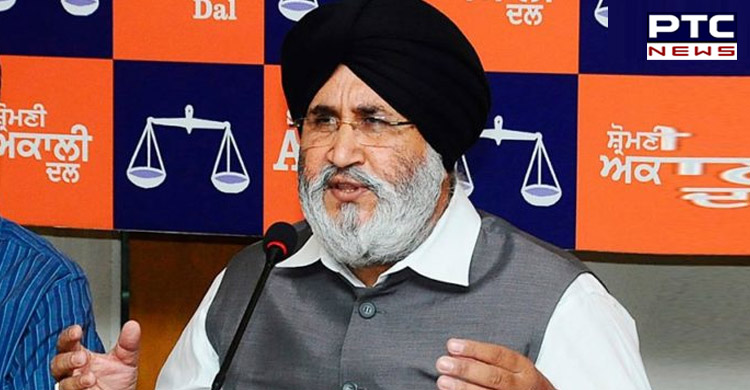 Chandigarh: The Shiromani Akali Dal (SAD) on Thursday told chief minister Capt Amarinder Singh not to take an anti-Sikh stance and immediately take on the responsibility of paying the $ 20 service fee being charged by Pakistan for pilgrims accessing the Kartarpur Corridor by reviving the Mukh Mantri Tirath Yatra scheme initiated by S Parkash Singh Badal during the previous SAD-BJP government.

In a statement here, former minister Dr Daljit Singh Cheema took strong note of the chief minister trying to pass on the buck for his failure to come to the aid of the Sikh pilgrims to the SGPC. “You cannot escape your responsibility by creating these smoke screens”, Dr Cheema told the chief minister adding “you should instead explain why the Mukh Mantri Tirath Yatra scheme is not being revived to help pilgrims visit Sri Kartarpur Sahib?”

Asking the chief minister why he could not take on the responsibility of the $ 20 service fee on the pattern of that done by the Delhi government, the SAD leader said “you spent crores on self publicity by pasting your posters and hoardings across Punjab and even outside the State. You disobeyed the directive of Sri Akal Takht Sahib to hold joint celebrations of the Parkash Purb by holding a separate show instead of joining the Sikh Sangat to mark the occasion jointly at the SGPC stage on November 12.

In this process hundreds of crores were wasted. If you had let the SGPC fulfill its responsibility by observing the 550th Parkash Purb as per ‘maryada’ and joined the progamme you would saved a few hundred crores which could have been used to fulfill the Sikh Sangat ‘ardas’ of ‘khule darshan deedar’ of Gurdwara Darbar Sahib at Kartarpur”.

Stating that it was not too late to make amends, Dr Cheema said the chief minister should apologize to the Sikh Sangat and seek forgiveness from Sri Akal Takht Sahib for politicizing a religious occasion for self glory and to draw attention away from the complete failure of the Congress government on all fronts. He said simultaneously the government should revive the Tirath Yatra scheme and take on the responsibility of the $ 20 fee. He said only Rs 300 crore was needed for this purpose and the government only needed to curb wasteful expenditure to make it possible.

Dr Cheema also asked the chief minister to desist from following the age old policies of the Gandhi family which were aimed at weakening Sikh institutions with the sole purpose of electoral dividends. He said this policy had led Punjab into fire earlier. “Please do your duty by trying to govern the State and implementing the promises made by you. Leave Sikh affairs to the SGPC and Sri Akal Takht Sahib”.