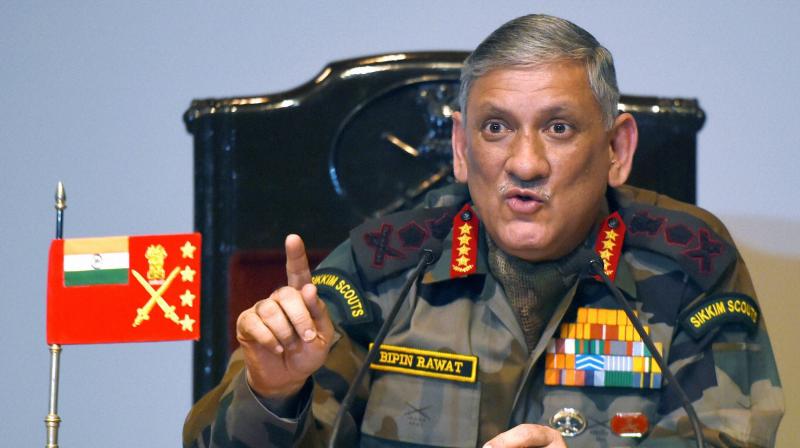 CPI(M) Mohammed Salim said this is not the voice of the Indian Army which he had heard since his childhood.

Salim, however, maintained that they, like all, are proud of the Indian security forces.

"Normally we don't have issues with the serving army officers and we are proud of our security forces who are risking their lives. Our civilisation, administration, society rests on certain values and high morals of the Indian Army and security forces are there because of this rich value system. So one stroke, and this is being eroded," he said.

Army chief Rawat yesterday came to the rescue of Major Gogoi, and said such "innovative ways are required to counter the dirty war" underway in Kashmir.

Indicating his firm approach to counter the insurgency, Gen Rawat said Army would take steps, which would break the clutches of militancy in South Kashmir.

Rawat added that the situation prevalent in Kashmir makes it mandatory for the Army to resort to tough measures.