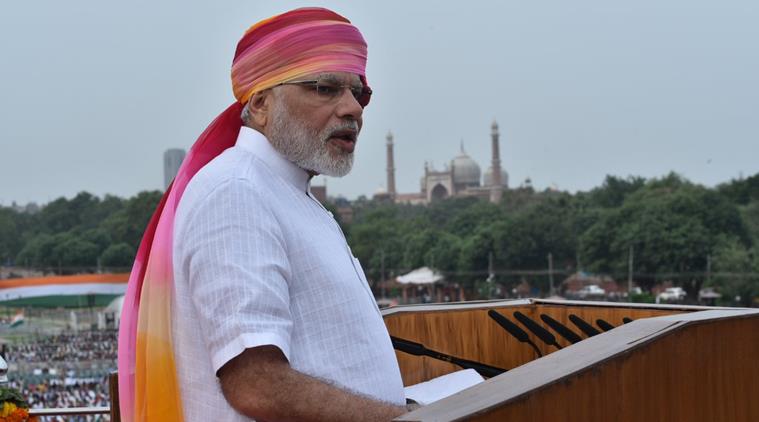 71st Independence Day: Drop this ‘chalta hai’ attitude. We have to think of ‘badal sakta hai’ to change the nation: PM Modi 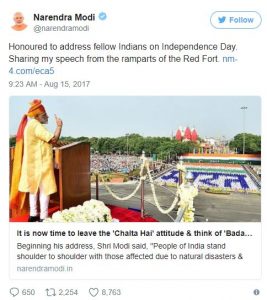 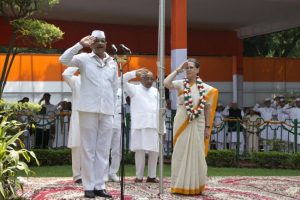 In her Independence Day message, Gandhi stressed the need for every Indian to unite and fight against separatism, terrorism and all such forces that divide and spread hatred in society.

Prime minister Narendra Modi on Tuesday launched a website to honour all the gallantry award winners since Independence.

Announcing the launch of the website http://gallantryawards.gov.in in a series of tweets, Modi said “the portal will preserve and tell the stories of our bravest men and women, civilians as well as armed forces personnel”.

*Violence in the name of ‘astha’ is not something to be happy about, it will not be accepted in our country

*January 1, 2018 will not be an ordinary day -- those born in this century will start turning 18. They are Bhagya Vidhatas of our nation

*We have to drop this ‘chalta hai’ attitude. We have to think of ‘badal sakta hai’- this attitude will help us as a nation

*No bullets or abuses can solve the Kashmir problem, only hugs can do it

*Casteism and communalism will not help us

*There is no question of being soft on terrorism or terrorists

*India’s stature in the world is rising. The world is with us in fighting the menace of terror. I thank all nations helping us doing so

*GST has shown the spirit of cooperative federalism. The nation has come together to support GST & the role of technology has also helped

Search engine Google displayed an artistic doodle which includes a motif of Indian Parliament, a symbolic wheel for the Ashok Chakra and India’s national bird peacock, all submerged in shades of saffron, green, white and blue.