A female doctor in Government hospital Raipur Ranni was intoxicated on night duty, here on Wednesday night. The doctor was fearless and was barely able to talk upon questioning by the relatives of a patient.

A patient’s relatives, who arrived for treatment, told that when they reached the hospital, the female doctor was drunk and could barely speak too.

When the relatives questioned the doctor on being drunk, she created a scene and refused to answer to any such questions. After which senior doctor Sanjiv Goel was called and he replaced the female doctor for the night duty.

The health minister of Haryana Anil Vij was informed about the incident and the act of being drunk on emergency duty. To which, Anil Vij said, appropriate actions will be taken in the matter. 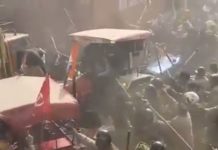