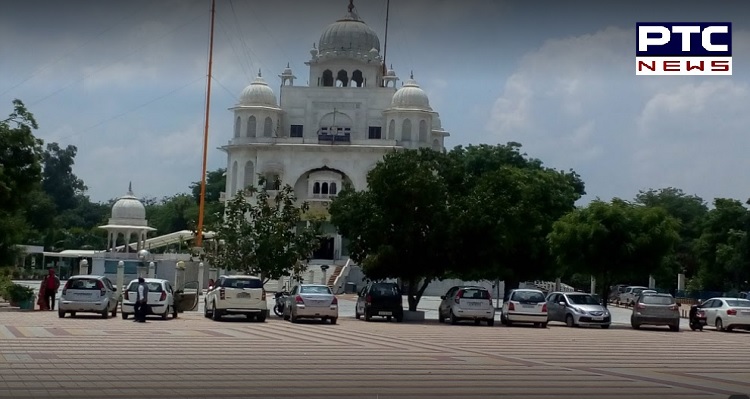 The Delhi Sikh Gurdwara Management Committee is all set to collaborate with the Indian Railways to use in-train displays in long distance and Metro trains at Delhi, Mumbai and Jaipur for the 550th Parkash Purb of Guru Nanak Dev Ji.DSGMC aims at utilizing mobile outdoor media in a big way in around 10 long route premium/Metro trains to connect with large audiences and promote the Sikh ethos of serving people without consideration of region, religion, race or caste, said S. Manjinder Singh Sirsa, president, Delhi Sikh Gurdwara Management Committee.

The committee has chosen the prestigious Rajdhani train between Delhi-Mumbai and Shatabadi trains between Delhi-Lucknow , Delhi-Amritsar, besides Metro trains at Delhi, Mumbai and Jaipur to explore the untapped potential of Indian Railways in transit advertising. This will be done through pictures, printed material, electric/electronic media, smart posters and holographic images on the internal panels of coaches. The aim is to spread the message of the 550th birth anniversary of Guru Nanak Dev ji. A logo will be specially designed for the occasion.

DSGMC has chosen Shatbadi Express/Rajdhani trains with diverse passenger profile ranging from politicians, professionals, bureaucrats to homemakers to explore the largely unused advertisement potential of trains. As these trains connect big cities in a matter of a few hours, many people opt for them instead of costly air travel, which makes them a cost-effective advertising medium offering nationwide coverage.

Negotiations with railways authorities are in final stages and the deal is likely to be operationalized this month, said S. Manjinder Singh Sirsa. DSGMC has already partnered with Delhi Metro, one of the most popular modes of travel in the NCR to explore the scope of reaching out to people of a select demographic characteristic and background through cost effective mobile advertisement.

Innovative advertisements in the metro train on the Blue Line route from Dwarka to Noida electronic city/Vaishali has been rolled out from August 15, 2019 for a period of three months till the 550th birth anniversary function of Guru Nanak Dev ji, which falls on November 12, 2019. DSGMC has picked up the 56.61 km long route Blue Line Metro between Dwarka-Noida electronic city /Vaishali comprising eight coaches having 50 stations for indoor panel advertisement, paying a licence fee of around Rs 12 lakh for three months.

The DSGMC has also got exclusive rights to use 98 upper panels and 132 lower panels of single Blue Line metro train, which operates for 17.50 hours daily with diversified customer base in most clean and efficient environment. The negotiation for Mumbai Metro and Jaipur Metro are in the final stages and advertisements on these metros will be rolled out in a couple of days, he said.