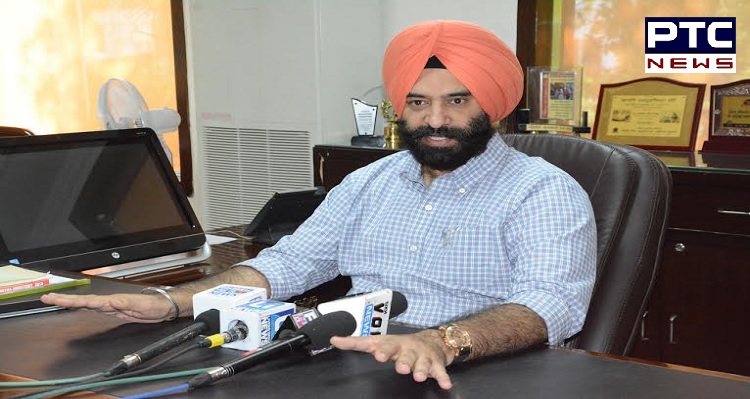 Chandigarh: The Shiromani Akali Dal National Spokesman Mr. Manjinder Singh Sirsa today hit back at Chief Minister Captain Amarinder Singh for trying to blame the SGPC and other Sikh bodies for not trying to organize a joint function dedicated to the 550th birth anniversary of Guru Nanak Dev ji and said that reality is that Amarinder Singh and his coterie is all out to scuttle the programs being organized  at Gurudwara Ber Sahib on the pious and historic occasion.

In a statement released here today, the SAD Spokesman said that it is shocking that after repeated appeals,  written communications and even personal interactions with him to nominate members to the coordination committee as directed by the Jathedar Sri Akal Takht Sahib, Capt. Amarinder Singh kept mum for all these days.

Mr. reminded the Chief Minister that Guru Hargobind Sahib has given the principle of Miri-Piri according to which Piri is considered supreme by virtue of its spiritual power. He said that Miri cannot overrule Piri and  the SGPC, DSGMC, Takht Sri Patna Sahib Committee and Takht Sri Hazur Sahib Committee symbolize Piri in this context. He said that these Sikh bodies have accordingly planned these functions at Gurudwara Ber Sahib and as a Sikh Chief Minister he should accept the principle of Miri Piri.

Mr. humbly appealed the Capt. Amarinder Singh that as a Sikh Chief Minister he should avoid setting a wrong precedent which challenges supremacy of Sri Akal Takht Sahib. He also  asked the Chief Minister to desist from using his political power to organize Congress functions on this pious occasion which will give a wrong message on Sikh community throughout the world.

Mr. Sirsa said that from the actions of the Chief Minister and his coterie specially his  advisor Parmjit Singh Sarna, it appears that the Congress party has an agenda divide the Sikh Sangat on the issue of organizing these functions. He said that on one hand Sarna is hell bent on stopping DSGMC from taking out Nagar Kirtan to Pakitsan and now the Chief Minister has come out with proposal of  Congress functions in the garb of government functions.

He again appealed the Punjab Chief Minister to rise above the narrow political mindset and depute two official to the coordination committee constituted as per the directions of the Jathedar Sri Akal Takht Sahib and extend the cooperation to the SGPC, DSGMC and other Sikh bodies for successfully organizing fuctions dedicated to 550th Praksh Purab of Guru Nanak Dev ji at Gurudwara Ber Sahib.