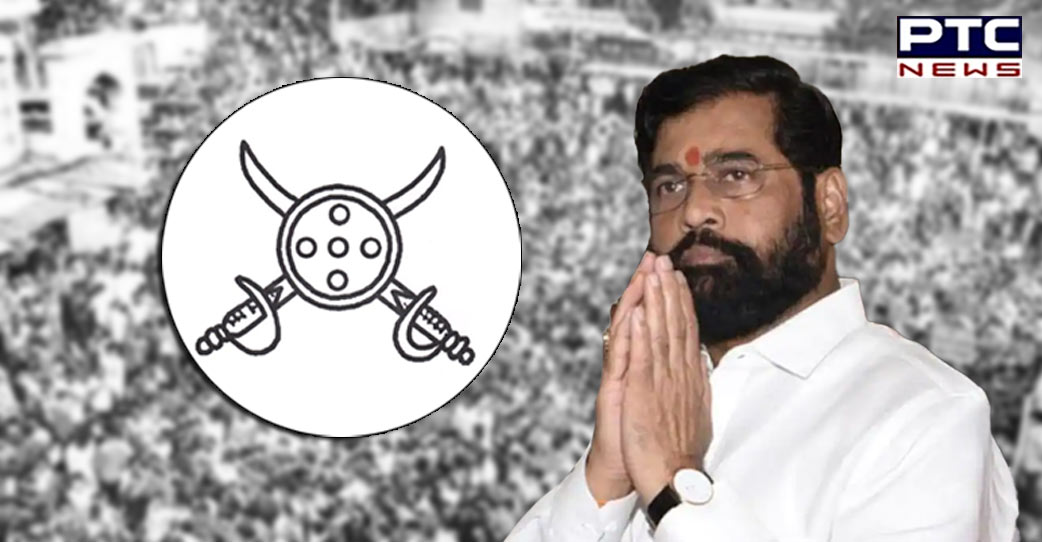 New Delhi, October 11: The Election Commission of India allotted the 'Two Swords and Shield' symbol to the Shiv Sena's Eknath Shinde faction on Tuesday, a day after the group was given the name 'Balasahebanchi Shiv Sena' (Balasaheb's Shiv Sena).

Shinde faction had submitted 'shining sun', 'shield and sword,' and 'Peepul tree' as election symbol options to the poll body for the upcoming bypoll in Andheri East assembly constituency next month.

However, the ECI stated that the symbols provided by the Shinde faction are not on the Commission's list of free symbols.

The Election Commission stated that the name of the symbol "resembles with already reserved symbols 'Sun (without rays)' and 'Rising Sun' of known Political Parties namely 'Zoram Nationalist Party' (recognised party in the state of Mizoram) and 'Dravida Munnetra Kazhagam' (recognised party in the state of Tamil Nadu and Union Territory of Puducherry)."

"The Commission has decided to declare Do Talwarein aur Ek Dhal (Two Swords & Shield)' to be a free symbol and allots it as the symbol to be allotted to the candidate set up, if any, by your group in the current bye-elections and till the final order is passed in the Dispute case number I of 2022," the EC added.

The Thackeray faction was also given the party name 'ShivSena - Uddhav Balasaheb Thackeray' by the Election Commission.