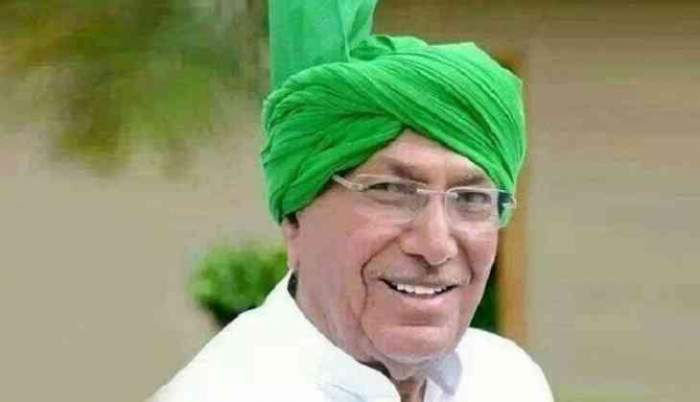 The Enforcement Directorate Friday said it has attached assets worth Rs 1.94 crore of former Haryana chief minister Om Prakash Chautala in Delhi in connection with a money laundering case against him and others.

It said a provisional order under the Prevention of Money Laundering Act (PMLA) has been issued to attach a land and a farm house belonging to him.

The ED's money laundering case is based on an FIR filed by the Central Bureau of Investigation against Om Prakash Chautala, his sons Ajay Chautala and Abhay Chautala and others for possessing alleged disproportionate assets. They have been charged under the Prevention of Corruption Act by the CBI.

The value of the attached asset is Rs 1.94 crore, it said. Last month, the agency had attached Om Prakash Chautala's assets worth Rs 3.68 crore.

The ED said the CBI probe found that he allegedly acquired assets of over Rs 6.09 crore between May, 1993 to May, 2006, which were disproportionate to his known sources of income.

The agency had said his elder son Ajay Chautala also faces the same charges of possessing disproportionate assets worth over Rs 27.74 crore and second son Abhay Chautala allegedly having similar assets to the tune of more than Rs 119 crore.

"PMLA probe revealed that Om Prakash Chautala had acquired immovable properties at New Delhi and Panchkula and also constructed a residential house at Sirsa in Haryana out of the money received from undisclosed sources," the ED had said in a statement.

"He had also disclosed properties so acquired in the affidavit filed before the returning officer in the Haryana Assembly polls in 2005 and 2009, thereby, projecting publicly the tainted properties as untainted," the statement said.

The ED, in 2013, had similarly attached Om Prakash Chautala's assets worth Rs 46.96 lakh and subsequently filed a charge sheet against him in July last year.

The total attachment in this case stands at over Rs 6 crore, the ED said.