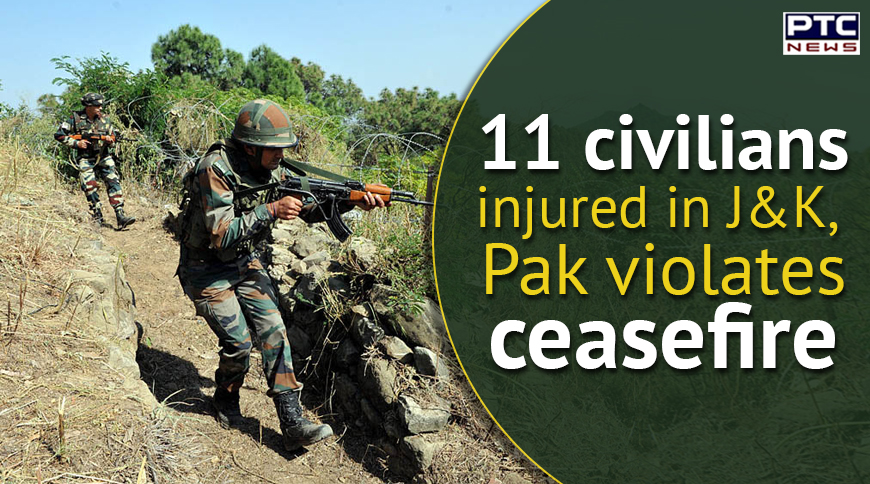 Eleven civilians injured in J&K, Pak violates ceasefire : Around 11 civilians got injured yesterday in various areas of Jammu and Kashmir as Pakistan violated ceasefire along the LoC. Two civilians were injured in the ceasefire violation in Ramgarh sector, five in Hiranagar sector in Kathua and four in RS Pura sector in the Valley.

The Pakistani Army once again resorted to unprovoked ceasefire violation along the Line of Control (LoC) in RS Pura and Akhnoor sectors of Jammu and Kashmir. The Indian Army is striking back. The firing is still going on. 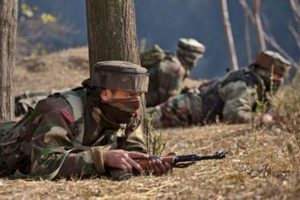 This is the third consecutive day when the Pakistan Rangers heavily shelled civilian areas and outposts. The Border Security Force personnel also launched a massive retaliatory firing. Earlier , they targeted around 40 Border Out Posts in three sectors using 82 mm and 52 mortar bombs, automatic and small weapons, an official said.

The official further told "The exchange of fire is going on when the reports last came in", he said adding they have targeted BoPs and villages in over 35 kms of IB. A police officer said Pakistani troops have targeted over 40 civilian villages in Arnia, R S Pura and Ramgarh sectors along the IB till now. 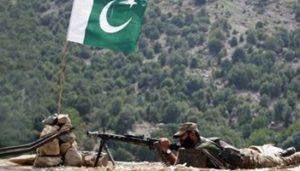 In view of the heavy shelling, over 1000 border dwellers have migrated from the area and schools along the borderline have been closed. On Thursday, a 17-years old girl and a BSF jawan were killed and six persons injured when Pakistan Rangers violated the ceasefire and heavily shelled BoPs and villages along IB in three sectors of Jammu and Samba districts.