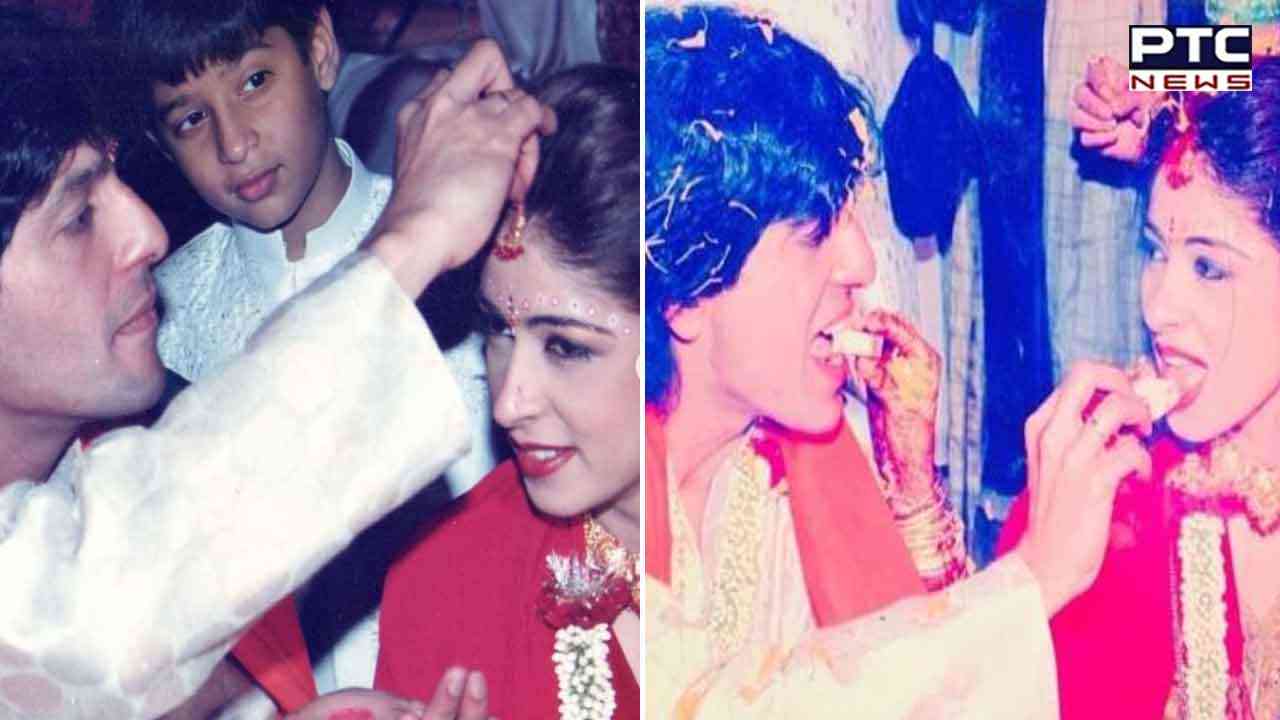 Mumbai, January 17: Actor Ananya Panday on Wednesday penned a sweet note for her parents Chunky and Bhavana Panday on their 25th wedding anniversary, along with throwback pictures.

Taking to Instagram, Ananya treated fans with family pictures. Sharing the pictures, she wrote a sweet message, "happy 25th anniversary Mama and Papa. thank you for showing us how easy love can be (and for ur gorgeous genes) also the last picture is here because I think @apnabhidu is the coolest and also my expression hasn't changed in the last 24 years and also I love the kids expression in the second last picture idk who he is but it's too good."

In the first picture, Chunky and Bhavana can be seen posing with their little ones Ananya and Rysa.


The picture of a couple from their young days.

In the third image from the couple's wedding day. And they were seen performing the wedding rituals.

The last picture features Jackie Shroff with Chunky and Bhavana.

As soon as the pictures were uploaded, the actor's fans and industry friends dropped their wishes in the comment section.


On the work front, Ananya was last seen action film 'Liger' alongside south superstar Vijay Deverakonda in a pan-India release. Produced by Karan Johar, the film failed to impress the audience at the box office.


She will be next seen in the comedy 'Dream Girl 2', alongside Ayushmann Khurrana. The film also stars Paresh Rawal, Rajpal Yadav, Annu Kapoor, Manoj Joshi and Vijay Raaz in prominent roles and is all set to hit the theatres on July 7, 2023.