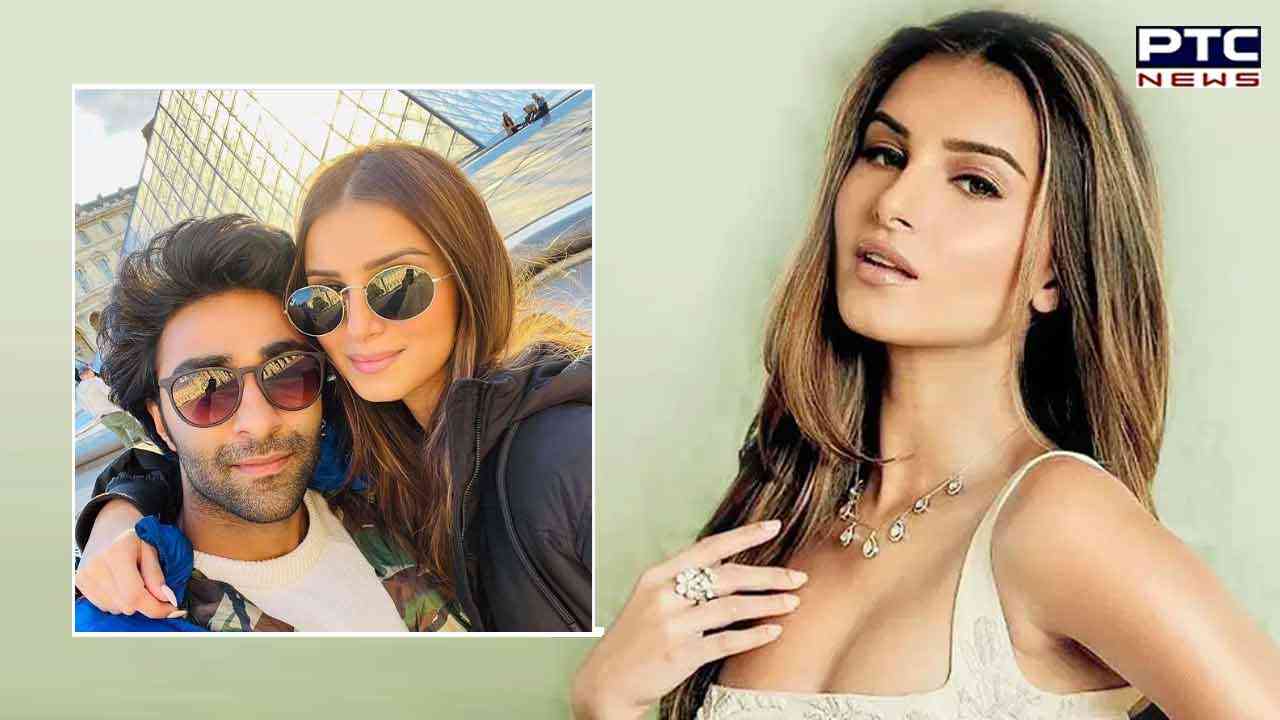 Tara Sutaria birthday : Tara Sutaria turned a year older on Saturday. While many of her close friends from the industry wished her on her big day, the most special wish came from her beau Aadar Jain.

Aadar took to Instagram to share a mushy photo with the 'Ek Villain Returns' actor and it's the cutest thing on the internet today!

Calling Tara his 'Cherie', which is a French word for 'darling', Aadar wrote a short, crisp, yet most lovely birthday message for her.

Tara took to the post's comment section and wrote, "Thank you my sweetheart.. I love you," accompanied by a couple of heart emojis.

Tara and Aadar made her relationship 'Instagram official' back in August 2020. The couple has been one of the paparazzi's favourite muses as they keep getting snapped every now and then.

Talking about Tara, the actor made her film debut with Karan Johar's 'Student of the Year 2' in the year 2019 alongside Ananya Panday. She was last seen in 'Ek Villain Returns' which also starred Arjun Kapoor, Disha Patani and John Abraham.

She will next be seen in the thriller 'Apurva'.

Apurva is an edge-of-the-seat thriller and will see Tara Sutaria in a never seen avatar, based on a story that will keep audiences hooked right to the very end.

Earlier in July, Tara announced the film on her Instagram with a special post that she captioned, "Fearless has a new face, and her name is #APURVA! I am so honoured and thrilled to play such a strong, powerful young woman. Apurva is a game of survival with impossible odds. A nerve-wracking tale that keeps you hooked till the end."

'Apurva' marks the 27-year-old actor's first female-oriented film of her career.
Produced by Murad Khetani and directed by Nikhil Nagesh Bhat, the official release date of the film is still awaited.