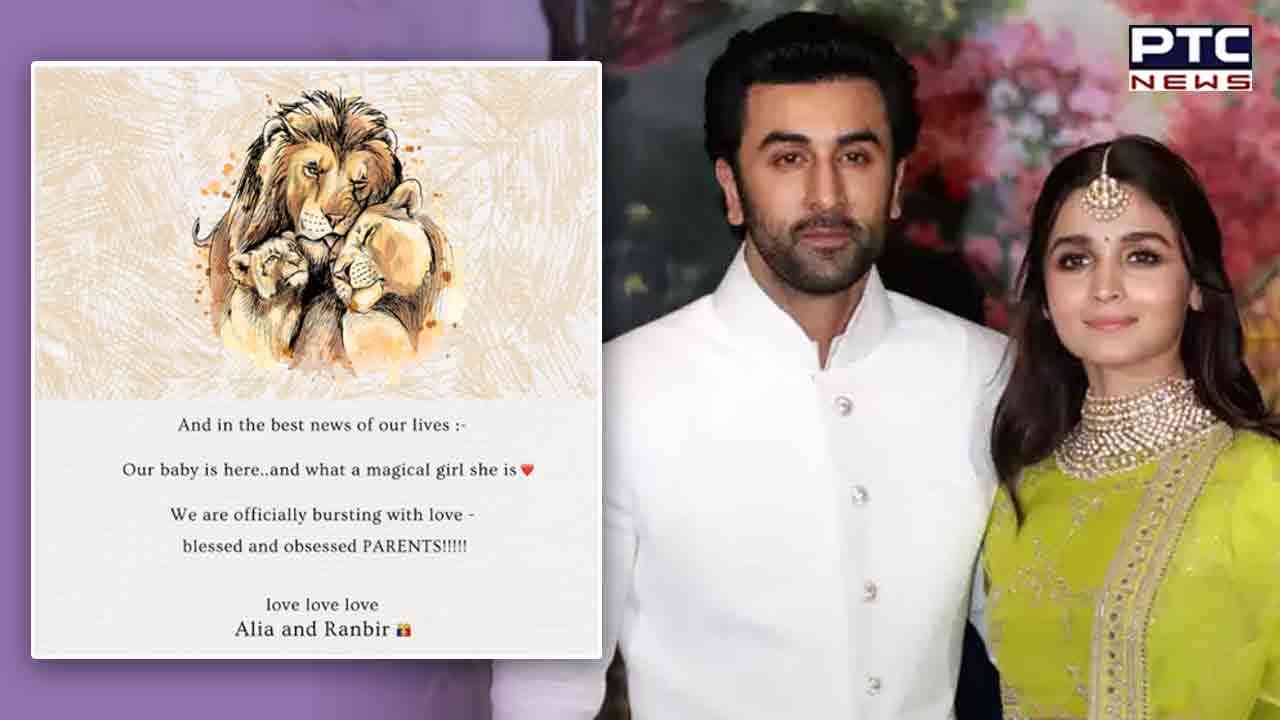 'Blessed and obsessed parents': It is a joyous day for the Kapoors and the Bhatts as Alia and Ranbir welcomed their first child, a baby girl on Sunday afternoon.

Taking to Instagram, actor Alia Bhatt shared a post which reads, " And in the best news of our lives:- Our baby is here...and what a magical girl she is. We are officially bursting with love - Blessed and obsessed PARENTS!!!! Love love love Alia and Ranbir."

The Brahmastra couple welcomed a baby girl around 12:05 pm today.

Soon after the 'Raazi' actor shared the news on her social media, fans swamped the comment section and dropped red heart emoticons and congratulatory messages for the new parents.

Comedian Kapil Sharma wished the couple and wrote, "Congratulations mummy papa this is the bestest gift of god you guys r blessed with lots of love to little princess bless your beautiful family."

The couple on Sunday morning reached Sir HN Reliance Hospital in Mumbai which raised the brows on the baby's arrival.

After Ranbir and Alia, their mothers Soni Razdan and Neetu Kapoor were also spotted arriving at the Hospital.

Alia has been frequently showering her fans with cute pictures from her preggers diary throughout her pregnancy. 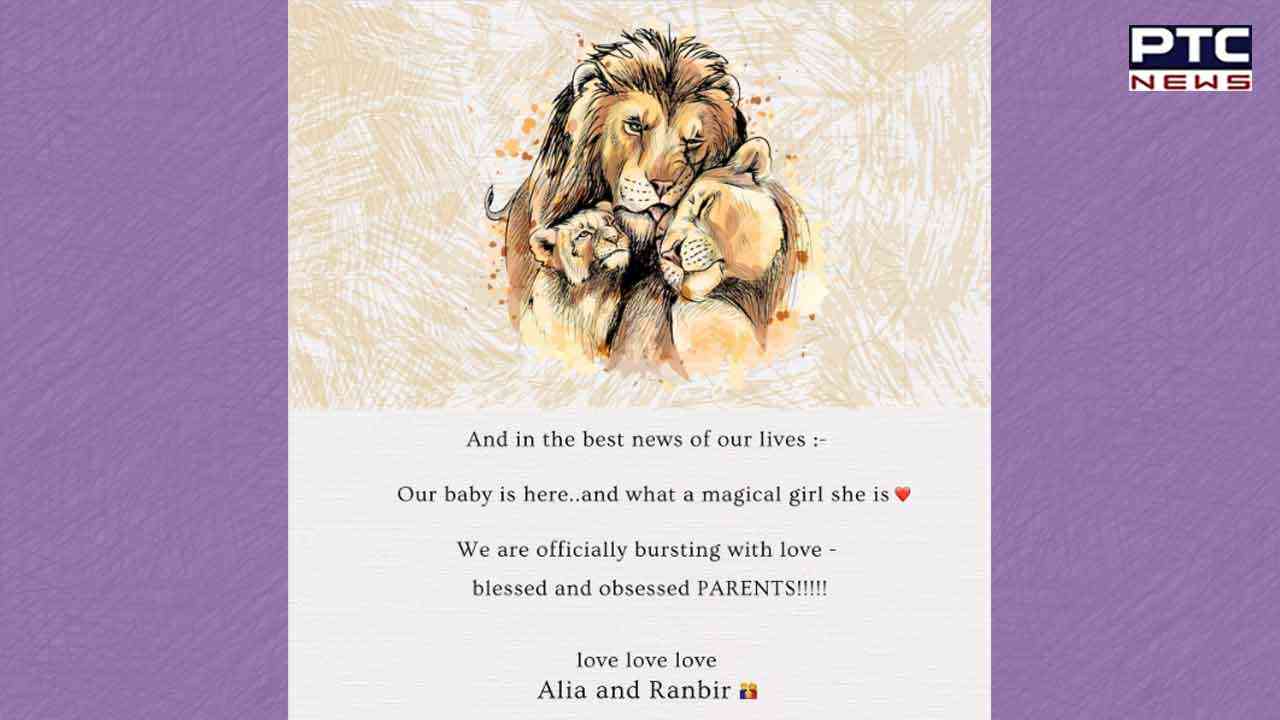 Ever since the couple announced their pregnancy, fans have been waiting for the good news from the Kapoor family.

Meanwhile, on the work front, Alia and Ranbir were recently seen together in the sci-fi action film 'Brahmastra: Part 1- Shiva' which gathered massive responses from the audience.

'Brahmastra' is now streaming on the OTT platform Disney Hotstar.

Alia, on the other hand, will be next seen in director Karan Johar's 'Rocky aur Rani Ki Prem Kahani' alongside Ranveer Singh, Dharmendra and Jaya Bachchan.