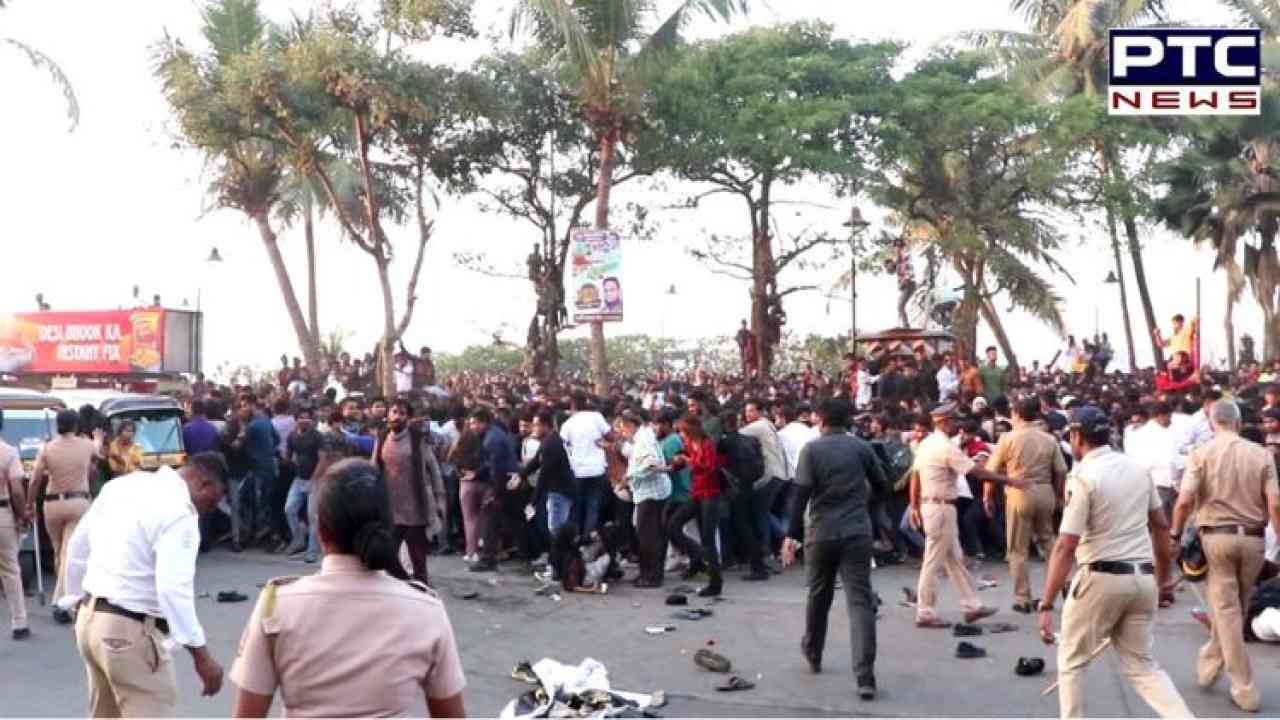 Mumbai (Maharashtra), December 27: As the Bollywood megastar turned 57 on Tuesday, a large number of fans were seen gathered outside Salman Khan's Galaxy residence to catch his glimpse. However, the crowd got so unmanageable that the police had to resort to lathi charge to control it.

Starstruck fans from various cities queued at his Mumbai residence since morning to wish the star, many even carried sweets, T-shirts, and huge posters of Salman along with them.

After waiting for a while to see him, the officers found it difficult to keep the crowd under control as soon as he stepped out onto the balcony to wave.

The actor greeted the crowd outside the Galaxy apartment building along with his father Salim Khan.

Salman posted a photo to Instagram with the caption "Thank you all."

The "Bajrangi Bhaijaan" actor hosted a lavish birthday party at his home in the wee hours of Tuesday that was attended by many Bollywood stars, including Shah Rukh Khan, Kartik Aaryan, Tabu, Pooja Hegde, Suniel Shetty, Sangeet Bijlani, Sonakshi Sinha, and Iulia Vantur.