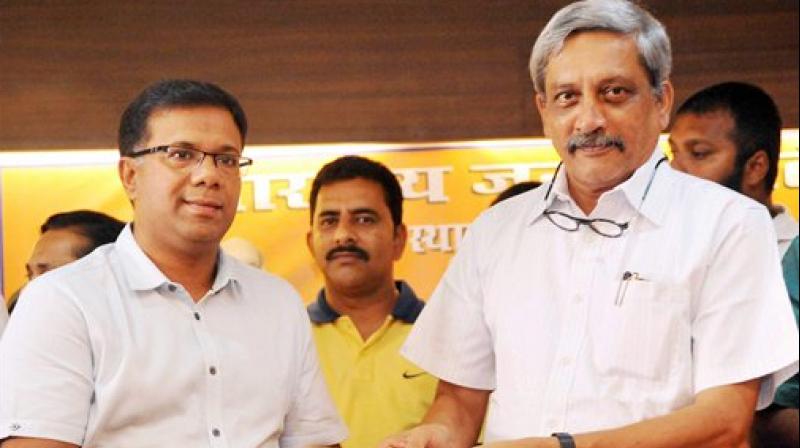 Panaji: A senior official in the Chief Minister Office (CMO) said on Tuesday that Parrikar would induct two ministers in his cabinet and a berth was confirmed for Rane.

However, the name of the second minister was yet to be announced. "It will be done at the appropriate time," the official told PTI, adding that the swearing-in would be held at the Raj Bhavan in the afternoon.

Parrikar already has nine ministers in his team, who were sworn-in on March 14, two days before he proved his majority on the floor of the Goa Assembly.

Rane, who was elected on a Congress ticket from Valpoi seat, quit the Congress and resigned his assembly membership after the party failed to form the government in Goa despite emerging as the single largest bloc winning 17 seats in the 40-member Assembly.

Rane defied the Congress whip to vote against the trust motion brought by Parrikar by absenting himself from the House. He joined BJP last week in the presence of Parrikar and other leaders.

The Goa Congress said it would seek disqualification of Rane from contesting elections for defying its whip to vote against the motion last month. Parrikar cabinet has two BJP, three Goa Forward Party, two MGP and two independents as its members.