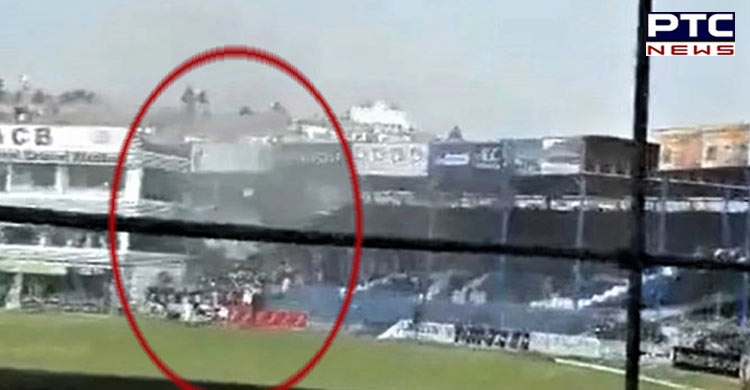 Kabul (Afghanistan), July 30: United Nations Secretary-General Antonio Guterres has strongly condemned the attack at the Kabul International Cricket Stadium which claimed the lives of at least 19 civilians on Friday.

"I strongly condemn Friday's attack at the Kabul International Cricket Stadium, which claimed the lives of at least 19 civilians & caused additional casualties. Attacks against civilians and civilian objects are strictly prohibited under international humanitarian law," the UN chief said on Twitter.

Initial reports suggest an explosion tore through the stands at Kabul's International Cricket Stadium in the Chaman Hozori area of the capital at around 16.10 during a T20 match between Band-e-Amir Dragons and Pamir Zalmi. Local hospitals have reported receiving many victims.

Alakbarov, who was in the stadium at the time of the incident to address the National Cricket Association, expressed his sincere condolences to the families of the victims and those affected and wishes the injured a speedy recovery.

"Today's blast is yet another harrowing reminder of the terrifying and sudden violence that the population in Afghanistan continues to be exposed to," Alakbarov stated.

"Sports brings people hope, inspires children and generations alike, plays a crucial role in breaking down barriers and bringing communities together, and serves as an important source of pride. I reiterate that directing attacks against the population, including sporting facilities, is strictly prohibited."

Alakbarov demanded that the perpetrators be brought to justice after a thorough and open inquiry.

A report detailing the human rights situation in Afghanistan during the past 10 months after the Taliban takeover was released earlier this month by the United Nations Assistance Mission in Afghanistan (UNAMA).

The report contains UNAMA's findings with regards to the protection of civilians, extrajudicial killings, torture and ill-treatment, arbitrary arrests and detentions, the rights of women and girls in Afghanistan, fundamental freedoms and the situation in places of detention. It also includes recommendations to both the de facto authorities and the international community.
Despite the overall, significant decline in armed conflict, 2,106 civilian casualties were reported by UNAMA between mid-August 2021 and mid-June 2022.

As per the UN report, the majority of civilian casualties were attributed to targeted attacks by the armed group self-identified as Islamic State in Iraq and the Levant - Khorasan Province against ethnic and religious minority communities in places where they go to school, worship and go about their daily lives.