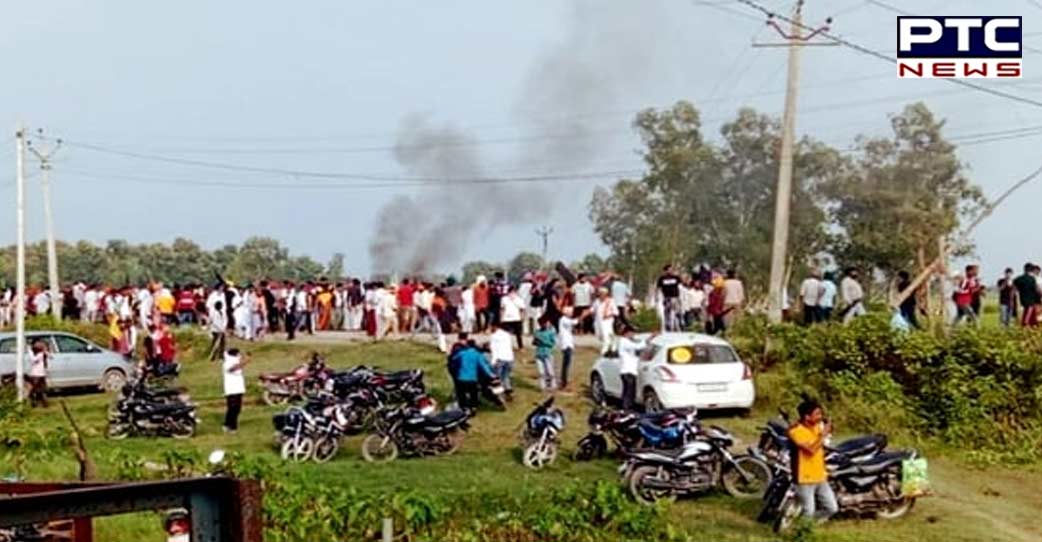 Bathinda, October 3: Several farmers' organizations on Monday staged a protest in Bathinda and burnt the effigy of the central government.

The protest took place after a call from the United Farmers' Front to seek justice for those martyred in the Lakhimpur Kheri incident.

Notably, four farmers and a journalist were allegedly mowed down by the car of Union Minister Ajay Misra Teni's son Ashish Mishra.

The protesting farmers also paid tribute to martyrs while agitating in front of the DC office in Bathinda.

Farmer leaders, during the protest, submitted a demand letter to the DC, Bathinda and sought rigorous punishment for the primary accused of the Lakhimpur Kheri violence incident - Ashish Mishra. They also demanded that Ashish's father Ajay Kumar Mishra. who is Union Minister of State for Home, be sacked.

The protesting farm leaders also sought unconditional cancellation of cases filed against four farmers. "The next of kin of those killed in Lakhimpur Kheri must be given Government jobs and their families must be provided with the financial assistance of Rs 45 lakh each. Those injured should also be given Rs 10 lakh," they said.