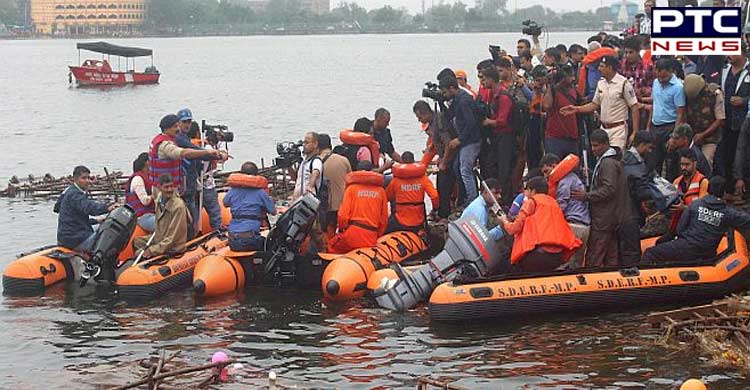 Eleven people were killed when the boat they were travelling in capsized in Bhopal, police said. The victims were carrying an idol of Lord Ganesha in the boat for the immersion ceremony at Khatlapura Ghat in Bhopal. Five persons were rescued. Two boats were joined together for the immersion but one collapsed under the weight. None of the people on the boat, said to be residents of Piplani, were wearing life jackets.

Families of victims held the administration responsible for the incident saying that they had not been provided with life jackets. A senior police official said, “The incident took place on the intervening night of Thursday and Friday at Khatlapura on the banks of the lower lake.”
A magisterial inquiry has been ordered into the incident. “When people saw the first boat tilting, they tried to save it and the other boat also tilted sideways. Both boats overturned”, an official said.