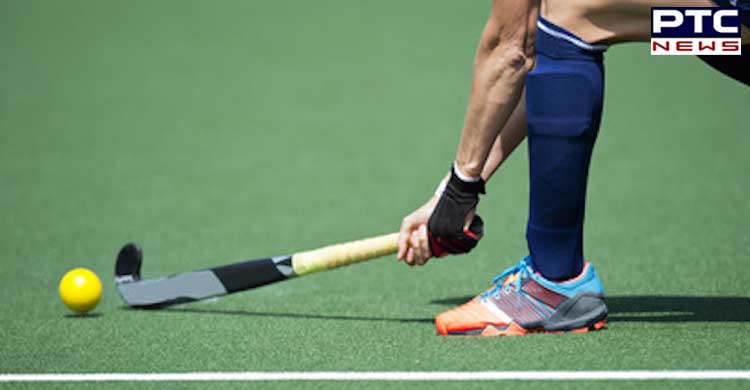 FIH Pro League 2020, Belgium vs Australia: It was a fantastic night of hockey at Sydney Olympic Park with both the men's and women's fixtures between Australia and Belgium heading to a shoot-out as the fight for supremacy in the FIH Pro League 2020 reached down under on Saturday. Both the teams will have another battle tomorrow.

It turned out to be a wonderful night for Belgium. With the victory in the penalty shootout after 2-2 draw in the regulation period, the Red Lions take over the FIH Men's World 1 Ranking from Australia.

What a game in Sydney! And the climax was provided by Arthur van Doren. He slammed home his shoot-out attempt and won the game for Belgium though earlier Jeremy Hayward, who scored one of two field goals for the home team celebrated his 150th international cap. Earlier, there was a commotion when Matthew Swann fouled in his attempt and a penalty stroke was awarded. But Craig put away the penalty stroke.

It was the second shootout in Sydney today. The Kookaburras almost won the match in the final seconds with Whetton drawing a great save from Vanasch. What a final quarter to this match! Belgium piled on the pressure and finally grabbed its rewards through Felix Denayer's close range deflection. Not before another turning point, with Belgium down to ten men for the remainder of the contest after a green card to Hendrickx. It was a potentially decisive moment towards the end of the match with Brand shown a yellow card, and a five-minute suspension.

Belgium earned an instant chance to equalise from a penalty corner. Luypaert's first dragflick hits a foot, and his second dragflick from the resultant corner was charged down.

What a turnaround in Sydney! Lachlan Sharp was pushed over in the circle after a jinking run and earned a penalty stroke. Craig coolly slot the ball into the bottom left corner to give the Kookaburras the lead.

It's third time lucky for Jeremy Hayward and Australia from the penalty corner. The Kookaburras defender unleashed a fierce flick that went straight through Vanasch. What a way to mark his 150th game for the Kookaburras.

It was a big moment in the match. The first penalty corner of the game went the way of the hosts after a dangerous ball. Hayward saw his flick well saved by Vanasch, but the Kookaburras earned a second penalty corner. Once again it was Hayward at the top of the battery, but his low flick went wide of the left post.

Belgium kept hold of its one-goal advantage heading into the final break. In a very even quarter, the best chance fell to Gougnard, who saw his fierce shot rebound off the post. A big final quarter was left to witness history being made.

When Stockbroekx was shown a green card and was served a two-minute suspension. It turned out to be the turning moment of the game.

What a flowing move from Belgium! The Red Lions carve through the centre of the Kookaburras defence, with Gougnard's shot coming back off the post. Antoine Kina produced a lovely 360-degrees spin to move past three Australian defenders, before Dawson reacted quickly to the loose ball and quelled the danger.

The Red Lions had a one-goal lead into the half-time break. Belgium was the stronger side in the second quarter, making its possession count when Thomas Briels opened the scoring from close-range. A big second half was ahead at Sydney Olympic Park. Will the Kookaburras respond or will Belgium extend its lead? Was the question that agitated minds of most of those present inside the stadium.

The visitors had their tails up and looked like adding to their lead, but Charter was able to thwart Charlier. The captain broke the deadlock for Belgium. Briels was left unmarked and reacted first to a loose ball, scooping home a finish over Charter. The Red Lions were rewarded for a very positive start to the second quarter.

It was a fascinating contest in Sydney. Australia started the match as the stronger team, before Belgium grew into the contest, almost taking the lead in the shadows of the break, with Charter forced into action to deny Briels.

Jacob Anderson surges into the circle and looks to find Lachlan Sharp but the Belgian defence scrambles well and clears the danger.