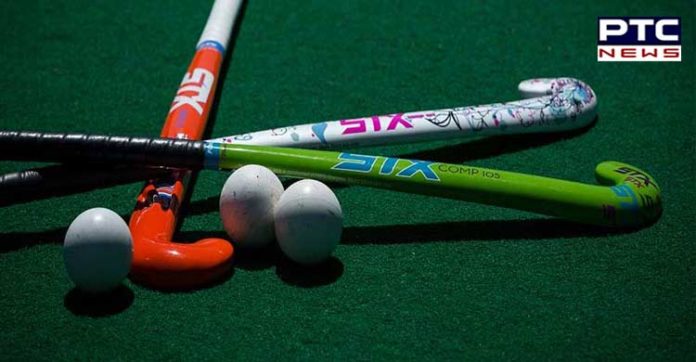 It was a mixed day for the Black Sticks on the home turf. While women got the better of visiting USA, men lost to comeback Kings, Spain, in absorbing encounters played at Auckland on Friday. 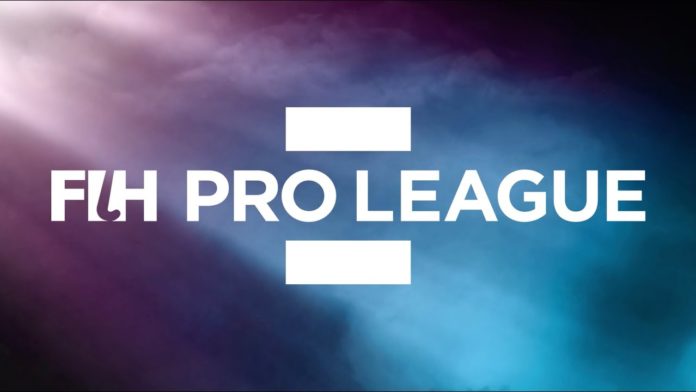 For Kiwi women it was their third FIH Pro League win while the Black Sticks men squandered a two goal lead to draw with Spain before losing a shoot-out on dramatic day of action at Auckland's North Harbour Hockey Stadium.

Olivia Merry, Kirsten Pearce and Ella Gunson were all on target in the Black Sticks’ victory against USA women, a result which sees them climb to the fifth spot in the standings and leaves their opponents rooted to the bottom of the table.

Goals from Jared Panchia, Stephen Jenness and Dylan Thomas helped the Black Sticks men turn a 1-0 deficit into a 3-1 lead going into the final quarter of their match, only  a team like  Spain could produce yet another remarkable fight back as goals from Marc Miralles and Pau Quemada forced a shoot-out that the Red Sticks went on to win. Spain now sit seventh in the current standings with the same points percentage as the Netherlands, with New Zealand in eighth and last position.

The women’s match - the start of which had been delayed by 20 minutes due to torrential rain in Auckland - started brightly for the home side, with Olivia Merry having two decent opportunities to give the Black Sticks (FIH World Ranking: 6) an early lead. The host certainly did not have its  way in the first quarter, with Brooke Neal, Merry and goalkeeper Grace O’Hanlon making crucial penalty corner interventions to keep USA (WR:12) off the score-board.

Merry made a telling contribution at the other end of the field in the second period, with the FIH Pro League top scorer netting her sixth goal of the competition with a close-range deflection before providing the perfect assist for Kirsten Pearce to score a near identical second ahead of half time. A 2-0 half-time score-line was perhaps a little harsh on the Americans, who came tantalizingly close to a goal of their own when outstanding 17-year-old Mackenzie Allessie saw her clever backhand shot touched onto the crossbar by Neal midway.

New Zealand extended its advantage in the third quarter through Ella Gunson’s perfect penalty corner deflection before Merry rattled the American crossbar with a fierce backhand strike. USA pulled a goal back with ten minutes of the match remaining thanks to an intricate penalty corner routine, but Danielle Grega’s second goal in two matches proved to be only a consolation as the Black Sticks marked International Women's Day with their third win of the inaugural FIH Pro League.

“They [USA] are a really hard team to play against, they fight to the very end so we had to stay on our game the whole time”, said New Zealand’s Player of the Match Brooke Neal.

“We defended a lot of PCs and on the line, so credit to the USA team.”

USA captain Kathleen Sharkey said: “I think we had some key opportunities that were really looking good for us at the beginning of the game and we had to capitalize on them. I think we learned some valuable lessons that when we are down at their end attacking we need to be switch on in defence because they are really good on the counter-attack. I think we were able to create a lot of opportunities, but need to keep working on being able to put the ball over the line.”

The delayed start to the women’s match meant that the meeting between New Zealand’s men (WR:8) and Spain (WR:9) also started late than planned, with the Red Sticks making the perfect start against the Black Sticks with a goal in the opening seconds. Veteran striker Pau Quemada crashed home a wonderful strike from the top of the New Zealand circle, with the influential Xavi Lleonnart providing the assist.

New Zealand, who was without two key players in the shape of Hugo Inglis and Blair Tarrant, went close to leveling the scores through Cory Bennett and Dylan Thomas while Black Sticks goalkeeper Richard Joyce tipped a Quemada penalty corner over the crossbar before the equalizer arrived in the 22nd minute. Jared Panchia got ahead of his marker to touch home a vicious cross from Kane Russell, with the Black Sticks dominating the remainder of the second period.

New Zealand was the superior side in the third quarter and opened up a 3-1 lead thanks to strikes from Stephen Jenness - who scored a stunning half-volley in-off the post after collecting a huge overhead pass from Russell - and a first international goal for Dylan Thomas. However, a yellow card five minute suspension to Nic Woods at the end of the quarter proved decisive, with Spain coach Frederic Soyez replacing his goalkeeper with an outfield player to ramp up the pressure on its depleted opponents. This bold tactical move changed the momentum of the match and was rewarded with two Spanish goals in 53rd minute, as Marc Miralles and Quemada’s second of the game leveled the scores at 3-3 and took the match to a shoot-out.

It was the third time in six FIH Pro League matches that Spain have fought back to force a shoot-out, and its reputation as comeback kings was further enhanced when it claimed a third successive shoot-out victory. Spain Goalkeeper Mario Garin did enough to deny the efforts of Kane Russell and Hayden Phillips, while Alvaro Iglesias, Marc Serrahima, Xavi Lleonart and Sergi Enrique all scored as the Red Sticks claimed two points from the contest.

“I think we believe we can comeback always; it’s not about physical, it’s about heart”, explained Spain captain Marc Salles after the contest. “We don’t care if we are one or two goals down, we keep going and we believe we can [get the result]. When they [New Zealand] got the yellow card we knew it was the moment for us to take the keeper out. It was a good decision for us so we are happy about that.”

New Zealand’s Stephen Jenness, who was named Player of the Match, said: “We are doing it tough at the moment, we haven’t won a game since November last year. We are trying to get over the line but not quite getting there at the moment. We need to be better in the pressure moments, and when it comes to the crunch we are not quite stepping up. Those are the moments that we need to learn from.”