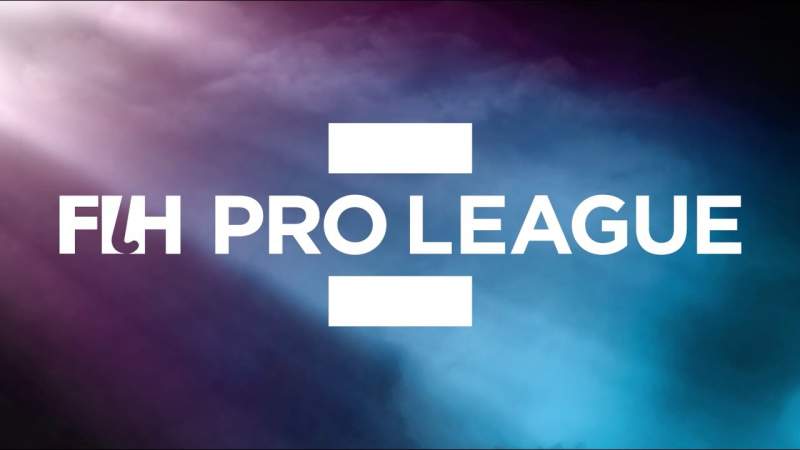 It was a mixed day for Great Britain teams. While the women's team beat Belgium, the men's team, however, could not keep its date with a win as London witnessed hockey festivity on a Sunday.

It was a very different outcome for Great Britain men (WR:7), who were given a lesson in disciplined defence and sustained pressure as Belgium men justified their number one world ranking with a classy display that saw them win by a comfortable 4-0 scoreline.

Belgium women arrived in London on the back of a strong start to the FIH Pro League. Although the Red Panthers had played only six Pro League matches, they had won four of them, results that left them in third place in the standings.

Great Britain, by contrast, had played nine matches, winning just one and drawing three. Just 24 hours previously Great Britain had lost on shoot-out after a battling 1-1 draw with Argentina.

So the question ahead of this match was whether Belgium would benefit from a long break from FIH Pro League action or whether Great Britain would take advantage of a wave of momentum after finishing strongly against Argentina?

The game began brightly, with Belgium showing that their intention was to play a swift passing game that would punish any lack of concentration on the part of the Great Britain players. For their part, Jo Hunter and Hannah Martin led the attack, largely down the right-hand side of the pitch, and the game looked set to be an open and lively encounter.

It was Great Britain who came closest to breaking the deadlock in the first quarter. A typically surging run from Lily Owsley ended with a cross that just eluded Martin’s stick in front of the Belgium goal. For their part, the Red Panthers had won the first penalty corner of the game just minutes earlier but Great Britain’s Amy Tennant showed great awareness to come out and block the intended deflection.

The second quarter saw Great Britain pile the pressure onto the Red Panther’s defence. Goalkeeper Aisling D’Hooghe was called into action and made two outstanding saves to keep the host nation at bay. Laura Unsworth thought she had scored when she slammed the ball into the goal but the defensive midfielder was adjudged to have used the back of her stick.

The next chance fell to Hannah Martin. The midfielder is developing an intuitive partnership with Owsley and the combination led to a snap shot that led to another world-class save from D’Hooghe – the ‘keeper being forced to dive to her right to palm the ball away.

There was more drama in the final minute of the half as Isabelle Petter hit the post after some lovely build-up play by Owsley.

As she left the field after an outstanding first half performance that had undoubtedly kept her team in the game, D’Hooghe said: “This is a game where no one wants to make a mistake. We just have to keep working together, and not to get sucked into trying to do things as individuals.”

Speaking after the half-time break, Great Britain Head Coach Mark Hager said: “This is the best we have played so far. The Belgium ‘keeper has made some special saves but eventually one will fall. We will keep going and give ourselves every chance.” His words were to prove prescient.

During their early FIH Pro League campaign, Belgium have been praised for their ability to connect with each other across the pitch, but the pressure from the Great Britain players made this style of play difficult to sustain. Dangerous players such as Alex Gerniers, Louise Versavel and Sophie Limauge were kept at bay by the discipline of the Great Britain defence, in particular Laura Unsworth, Anna Toman and Player of the Match Hollie Pearne-Webb

The breakthrough came half-way through the third quarter. A powerful drag flick from Grace Balsdon finally broke the stalwart Belgium defence. Her shot, from a penalty corner, flew into the roof of the net and even D’Hooghe was unable to get a stick to it.

And so the match moved to the last quarter and there was a visible nervousness to the Great Britain team as Belgium pushed for the equaliser.

That was all dispelled when Lily Owsley took the game by the scruff of the net and powered down the pitch, dodging Belgium sticks and finally releasing a backhand shot that flew into the top of the goal to double Great Britain’s lead.

Before the match, Red Panthers Head Coach Niels Thijssen had spoken of the difficulty his team faced after returning to international competition after an intense period of club action. With nine games in the next five weeks, Thijssen emphasised the importance of his team, “re-discovering the rhythm we had earlier in the Pro League.”

Player of the Match, Pearne-Webb said: “I am really proud of the team. Today we knew we had to show Belgium a lot of respect and work hard. Everyone put a shift in and, even though the Belgium ‘keeper had an outstanding first half, we just kept believing. We recognised we were playing well and we stuck to our game plan.”

Goalscorer Balsdon said: “We had been building up all game for a goal. We deserved a break and I am so pleased that I was able to make that penalty corner count. Our performances have shown what we are capable of, we now need to get higher levels of consistency and punish other teams in the remaining matches.”

The vastly experienced Belgium side arrived in London with three wins and two drawn results from their five FIH Pro League matches. This fine form puts the Red Lions in second place in the league table. Great Britain have enjoyed a good campaign, with four wins from seven, but on the back of a disappointing defeat at the hands of Olympic champions Argentina, just 24 hours earlier.

Great Britain started the game brightly. Phil Roper was the first to challenge the opposition’s defence. His strong run into the circle was dealt with by Vincent Vanasch, but it signalled the intent behind Head Coach Danny Kerry’s game plan.

Belgium however, had different ideas and as the quarter progressed, the world number one side began to suffocate the Great Britain attack. The energy and discipline that the entire Belgium side displayed just didn’t let up and Great Britain were soon scratching their heads as they tried to find a way to score.

Things got worse for the host team with three minutes left in the quarter. Tom Sorsby was dispossessed by Tom Boon, who took the ball into the circle and passed to Florent van Aubel. Van Aubel made no mistake as he shot past Harry Gibson in the Great Britain goal.

It was a similar pattern in the second quarter as Belgium continued to work hard to close down any creativity by the Great Britain team. Alan Forsyth was always seeking a chance to attack but the close attention of Augustin Meurmans and Alexander Hendrickx gave the forward no space to work within.

Player of the Match Tom Boon was unlucky not to make it 2-0 when he nicked the ball in the Great Britain defending quarter. The Belgium forward muscled his way into the circle but Gibson was alert to the danger and made a good save.

“I was very unhappy with the first quarter,” said Head Coach Danny Kerry. “We spoke about the fact they would be very different to Argentina and they would start very fast. We should have been ready for that. We were better at getting out of the Belgium press in the second quarter and we will hopefully get even better in the second half.”

The third quarter saw both teams playing some incisive passes around the pitch, using every inch of the ground and forcing the opposition to dig deep. A measure of how hard both the teams were working was demonstrated by the speed at which the defence was set up as soon as possession was lost. This was disciplined defence at its very best.

George Pinner, who had replaced Gibson in the Great Britain goal, was called into action when Victor Wegnez spearheaded a fast counter-attack. His pass found Cedric Charlier in space but Pinner was on hand to kick clear.

As the quarter ticked on, Belgium increased the pressure as they sought a second goal. It came courtesy of the first penalty corner of the match. Pinner saved the initial shot from Hendricxk but could do nothing about the bobbling rebound from John-John Dohmen.

The task facing Great Britain was now huge and it was made even more immense when Wegnez made another run through the midfield. His pass found Thomas Briels, whose initial shot was saved by Pinner. The giant goalkeeper was unable to do anything about the rebound and Briels made it 3-0.

Throughout this FIH Pro League, there have been some amazing fourth quarter revivals but the high Belgium press was set up to prevent this happening. Great Britain kept probing, trying to find a way to move up the field but at every level, they were faced with a Belgium player pushing them back.

With four minutes left to play, Kerry removed the ‘keeper from the field to gain a player advantage in an attempt to break the Belgium press. It was almost inevitable that Belgium would take advantage and John-John Dohmen was able to double his tally with a simple tap-in and take Belgium to a comfortable 4-0 lead.

Great Britain won their first penalty corner of the game with 90 seconds left. The first attempt took too long to take a shot but perseverance led to a second penalty corner. This time Sam Ward was on hand to smash the ball home but Vanasch was alert to the danger. This was the pattern of the day – Great Britain gave their all, but against this Belgium team they just had no answers.

Thomas Briels spoke after the game about the preparation the team had gone through ahead of the fixture: “I think we played really well. We wanted to keep the ball and we wanted to break the momentum that Great Britain had developed against Argentina. We have a world class analyst team, so we had analysed Great Britain’s performance from yesterday and previous matches, so we were very well prepared.

“In the next game, which is at home, we will have learnt from this game. But I am sure they will want revenge, it is never easy to lose in front of a home crowd, and they will definitely come back stronger.”