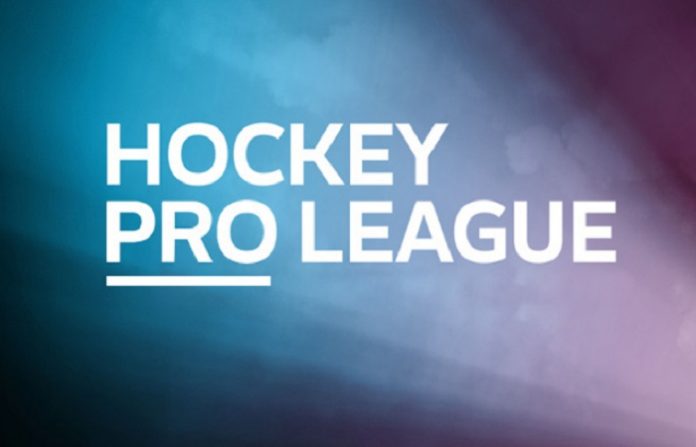 It was a day when the host Australia and visiting Argentina shared honours.

While Kookaburras survived some anxious moments to defeat Olympic champions, but the visiting Argentine women pulled back a win to make the honours even.

Australia’s men survived an impressive Argentinean fight-back to claim their fourth successive victory in the FIH Pro League, running out 3-2 winners against the current Olympic champions to strengthen their hold on second position in the standings. The Kookaburras have claimed 72.2 percent of the points available from their matches so far, marginally less than the 75 percent of current table-toppers Belgium but with a superior points tally.

However, a solitary goal from 2017 FIH Player of the Year Delfina Merino proved to be the difference as Argentina’s women claimed a 1-0 triumph over the hosts. The result of the contest - a re-match of the Sydney 2000 gold medal game, where Australia took the Olympic title with a 3-1 victory in this very stadium - sees Las Leonas move ahead of the Hockeyroos into second place in the standings, with Australia dropping to third.

The men’s match got proceedings underway in Sydney, with Australia (FIH World Ranking: 2) displaying the confidence attained from three successive victories by opening up a 2-0 advantage over Rio 2016 Olympic gold medallists Argentina (WR: 4) in the first quarter. Jeremy Hayward scored both of the goals, sending penalty corner efforts to the left and right of veteran Leones goalkeeper Juan Vivaldi.

Argentina improved in the second quarter but it was the Kookaburra who added to their lead, with Blake Govers both winning and emphatically converting another penalty corner to put the home favourites into a comfortable 3-0 lead at half time.

Los Leones were superb after the half time break, with Juan Catan blazing a glorious chance high and wide before Maico Casella’s fine penalty corner drag-flick reduced the deficit to 3-1 going into the final quarter. Catan atoned for his earlier miss with a terrific penalty corner effort, sending his drag-flick to the right of goalkeeper Andrew Charter and put Argentina within touching distance of their opponents at 3-2.

Argentina Head Coach German Orozco replaced goalkeeper Vivaldi with an outfield player with four minutes remaining in an bold attempt to snatch a late equaliser, but Australia were calm under pressure, running down the clock to claim all three points from the contest.

“That’s four on the trot now, so we are really happy with that but it was a pretty testing match”, said Australia co-captain Aran Zalewski, who was named Player of the Match. “We got up 3-0 early but Argentina in the second half really fought back and when they got to 3-2 there were some really tense moments. I think we held out really well in the end.”

Argentina Head Coach German Orozco said: “I think Australia were really good in the first two quarters, we didn’t have the ball and were not defending good, but we improved in the third and fourth quarters. We defended more tough and made some combinations for the attackers. We didn’t get the result we wanted, but it was a very good third and fourth quarter.”

Argentina’s women (WR:4) started the day sitting third in the FIH Pro League standings, but knew that a win against Australia (WR:3) would see them leap-frog their opponents into second position. Los Leones got their wish, but it was by the finest of margins in a match that was evenly balanced from start to finish.

Australia’s Rachael Lynch - making her 200th appearance for the Hockeyroos - was forced into action early in the contest by Eugenia Trinchinetti, while at the other end Argentina shot-stopper Belen Succi denied both Savannah Fitzpatrick and Kalindi Commerford in a score-less first quarter.

The game’s only goal arrived midway through the second quarter, with Delfina Merino being in the right place at the right time to fire into an unguarded net from close range. Carla Rebecchi was the creator, attacking the circle from the right before eliminating goalkeeper Lynch with a perfect pass across the face of goal, giving Merino the kind of opportunity that she rarely misses.

Rebecchi almost doubled the Argentinean advantage when she hit the post in a third quarter that Australia arguably had the better of, with Succi making some crucial saves to stop the home side from levelling the scores. The best chances in the fourth and final period fell the way of the Argentines, with Merino and Julieta Jankunas both shooting wide of the target, but it did not affect the final result as Argentina emerged triumphant away from home.

Argentina’s Rosario Luchetti, who was named Player of the Match, said: “We are happy with the result, with the win, but now we have to improve to get more goals, have more [penalty] corners and play better. We have to be more concentrated. In the second half Australia came onto us a lot and we got nervous, so we need to be more concentrated and maybe play easier.”

Australia captain Jodie Kenny said: “It was disappointing to come away with a loss, but there were definitely some positives. We created our chances but we have got to be a bit more thorough, and have to execute up front. Lots of positives and also a few things that we can fix