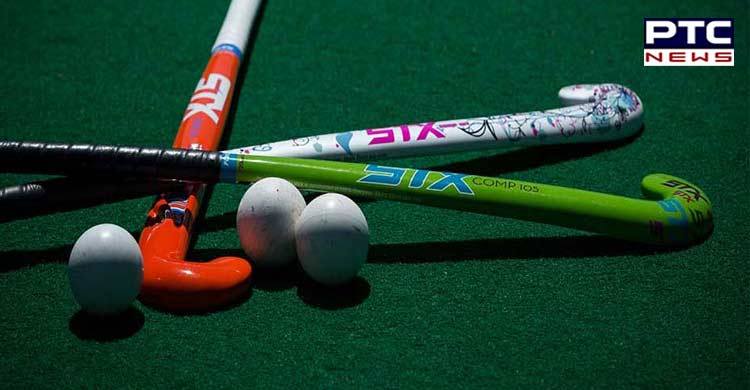 In a high scoring game, the hosts Australia overcame a stiff resistance from China in FIH Pro League for women on Saturday. The Hockeyroos won 4-3 after the two teams were tied at 2-2 at the breather.

Mariah Williams produced a Player of the match performance  for the hosts Hockeyroos to help it  overcome  stern resistance  from China  in a pulsating game that saw three goals coming in the  second half.

Twenty-three-year-old attacker Williams, who recently returned to the international fold after a two year absence through injury, was the star of the show against the Asian giants, scoring one and creating another as her team claimed a second win from three matches to move into second place in the FIH Pro League standings.

Also Read: Subsidies to India and China should be stopped because US needs growth: Donald Trump

Australia (FIH World Ranking: 3) was face to face with FIH Pro League debutants China (WR:10) looking to bounce back from last weekend’s surprising home defeat at the hands of lower ranked Belgium, a result which had followed a brilliant victory over world champions the Netherlands in its first fixture. However, it would have to do it without  talismanic defender Jodie Kenny, with Head Coach Paul Gaudoin stating in the pre-match broadcast interview that a slight quad muscle injury was enough to rule the 31-year-old penalty corner expert out of the contest.

The match was evenly contested from start to finish, with the visitors making a lively start before Williams opened the scoring two minutes before the end of the first quarter with a penalty corner deflection.

China levelled   score  midway through the second quarter thanks Zhong Jiaqi’s cracking finish on the turn, firing into the bottom corner following a perfect pass from Yong Jing.

The two sides traded blows in the minutes before the half time break, with Rosie Malone’s close range strike being cancelled out almost immediately by Dan Wen’s unerringly accurate push-shot that cannoned into the goal via the post to leave the match evenly balanced at 2-2.

An entertaining but score-less third quarter was followed by result defining fourth period. An early yellow card to China defender Sun Xiao reduced the visitors to ten players for five minutes, allowing Australia to take full advantage of the situation by scoring twice against their numerically disadvantaged opponents. A defensive error was ruthlessly punished by a first time strike from Grace Stewart before Williams was allowed to run unchallenged through the China midfield to create a simple tap-in for Savannah Fitzpatrick.

Sun’s return to the field combined with a yellow card for Australia’s Kaitlin Nobbs resulted in a momentum shift, with China pulling a goal back thanks to a superb touch from Yong Jing with four minutes remaining. However, a yellow card to Zhang Jinrong handed the initiative back to the Hockeyroos, who controlled the final minutes to claim all three points.

“I’m thrilled”, said Player of the Match Mariah Williams immediately after the contest. “It’s only my third international match in the last two years, so I’m very stoked and happy to get Player of the Match. We are really happy with that result, and we need to come out tomorrow and have another good result [against Germany].”

China captain Cui Qiuxia said: “We played very well in the first quarter, and we had a lot of penalty corners but we were missing the chances. Congratulations to Australia who won the game, and I hope our team can win the our next game [against New Zealand in Christchurch on 17 February]”.

The FIH Pro League action in Hobart continues tomorrow as the hosts - - Hockeyroos and the Kookaburras -- face the national teams of Germany.